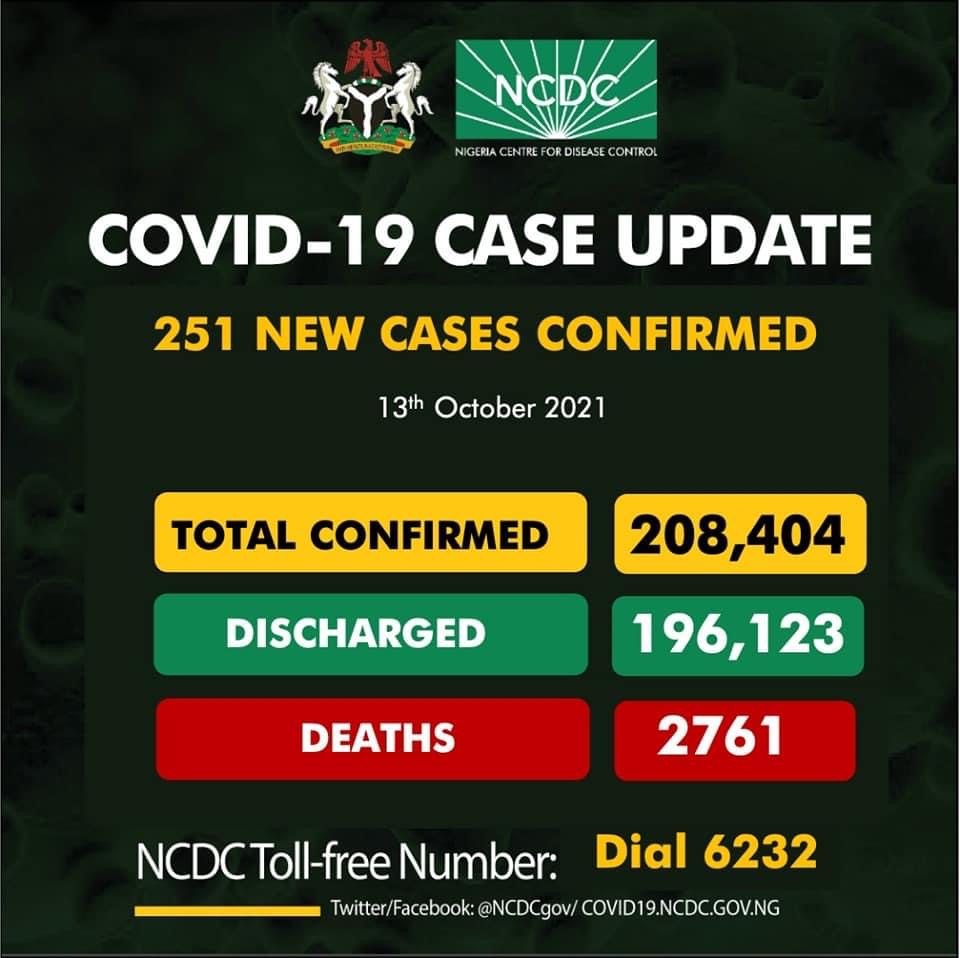 Federal Government on Wednesday disclosed that a total of 3,141,795 persons have been tested for the coronavirus infection since the disease broke out in 2020.

This is less than 2 per cent of Nigeria’s estimated 206 million population.

Boss Mustapha, Chairman of the Presidential Steering Committee (PSC) on COVID-19, disclosed this at its briefing on Wednesday.

Mr Mustapha, who doubles as Secretary to the Government of the Federation (SGF), admitted that the statistics generated over the last four weeks of testing have shown that the trend of infection is going down in some states while in others, the trajectory is upward.

This was contained in an update shared on the Facebook page of the Nigeria Centre for Disease Control (NCDC) on Wednesday night.

In the latest update by the NCDC, the FCT recorded 78 cases, followed by Lagos, the epicentre of the disease with 46 cases while Kaduna in the South-west ranked third with 27 cases.

Rivers State recorded 21 cases; Imo, 16, while Edo and Delta in the South-south recorded 13 and 12 cases respectively.

Also, Akwa Ibom in the South-south recorded four cases, while Benue and Nasarawa States in the North-central recorded three and two cases respectively.

A review of data provided by NCDC revealed a breakdown of testing conducted so far across the 36 states and Federal Capital Territory (FCT).

According to the report, as of October 14, out of a total of 3,142,971 tests conducted Nigeria’s total infection from the pandemic currently stands at 208,404 while the fatality toll increased to 2,761.

According to the disease centre, a total of 9,520 Nigerians are currently down with the disease nationwide.