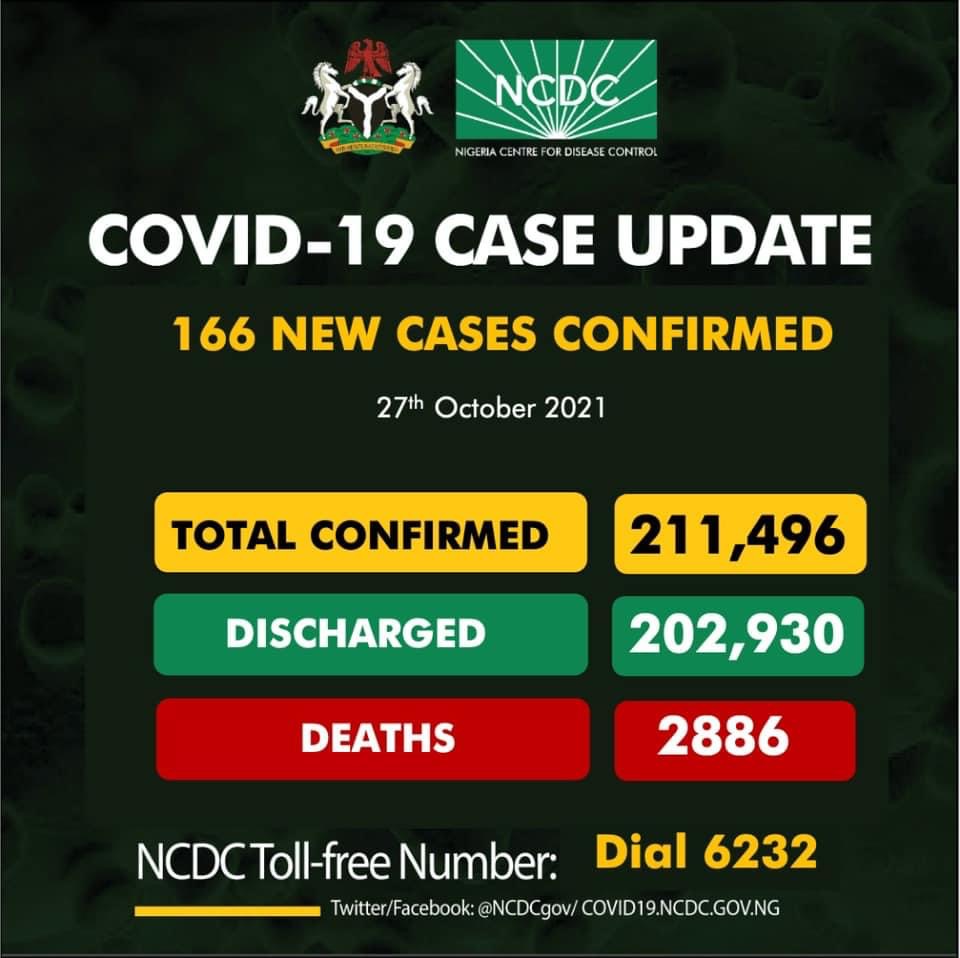 Nigeria Centre for Disease Control (NCDC) says 166 new cases of COVID-19 have been reported across the country.

The agency, in its update for October 28, said the cases were reported in 15 states including the federal capital territory (FCT).

The agency added that two deaths reported from Lagos are for October 26 and 27.

According to the agency’s data, 127 patients were discharged on Wednesday while two persons succumbed to the virus.

In other news, Babajide Sanwo-Olu, governor of Lagos, says the state runs the risk of experiencing a fourth wave of the COVID pandemic.

The governor revealed this on Wednesday while flagging off a COVID mass vaccination programme in the state, with the target of vaccinating four million residents before the end of 2021

Sanwo-Olu said the mass vaccination campaign is necessary to prevent the “catastrophic” events witnessed in the previous waves, considering that the state’s borders would be opened to all during the festive season.

Meanwhile, United Nations Children’s Fund (UNICEF) says less than five percent of the African population has been fully vaccinated against the coronavirus.