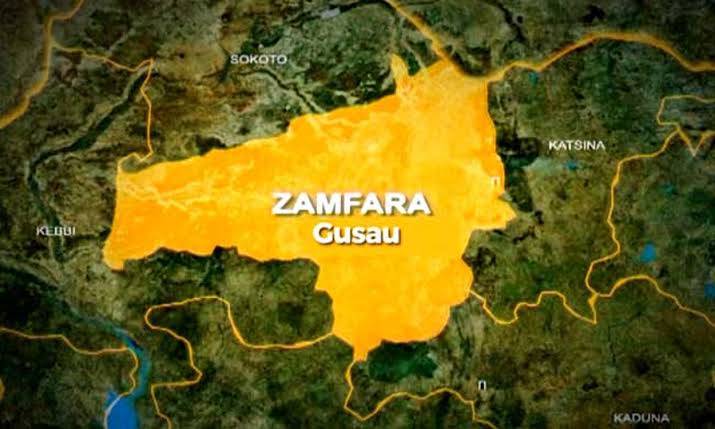 Zamfara State Police Command have on Saturday denied that about 20 security operatives had been killed by bandits along Shinkafi road.

Earlier, reports had it that the security operatives, mostly personnel of Nigerian Security and Civil Defence Corps (NSCDC) and local vigilantes were ambushed by a group led by notorious bandit leader, Turji.

However, in a statement signed by spokesperson, Mohammed Shehu, the Command confirmed the attack but said only one police and two civil defense personnel were victims of the ambush.

What happened was that, on 28th October 2021, Joint Police/Civil Defence Operatives deployed along K/Namoda – Shinkafi Road to stem the tide of banditry, kidnapping and other heinous crimes were ambushed by suspected armed bandits who came in large number.

The operatives who were always at red alert engaged the hoodlums to an extensive gun duel that lasted for hours. Some of the assailants were neutralised while others escaped with possible gun shot wounds. Unfortunately, a Police Operative and two (2) Civil Defence Personnel paid the supreme price and their corpses were evacuated and buried accordingly.

The Commissioner of Police while deploying reinforcement of Police Tactical operatives to the area, reiterates the continuous commitment and resilience of the Police to rid the State of all activities of criminal elements.

The Command urged the public to “ignore the outrageous number” of the earlier reports and “continue to be security conscious while going about their legitimate business.”

The attack is one of the latest by bandits in the North-West who have gained national notoriety for their numerous violent acts, including the mass kidnapping of school children.

Several individuals, including Kaduna State Governor, Nasir El-Rufai, have urged the Federal Government to designate the bandits as terrorists. The National Assembly has also passed resolutions to the same effect.

On Friday, the Minister of Defense, Bashir Magashi, said the Federal Government was in the process of reviewing and following the required procedures to designate the criminal gangs as terrorists.

It is believed that designating the bandits as terrorists will allow the military unleash its full force on the North-West criminals without triggering international human rights rebukes.