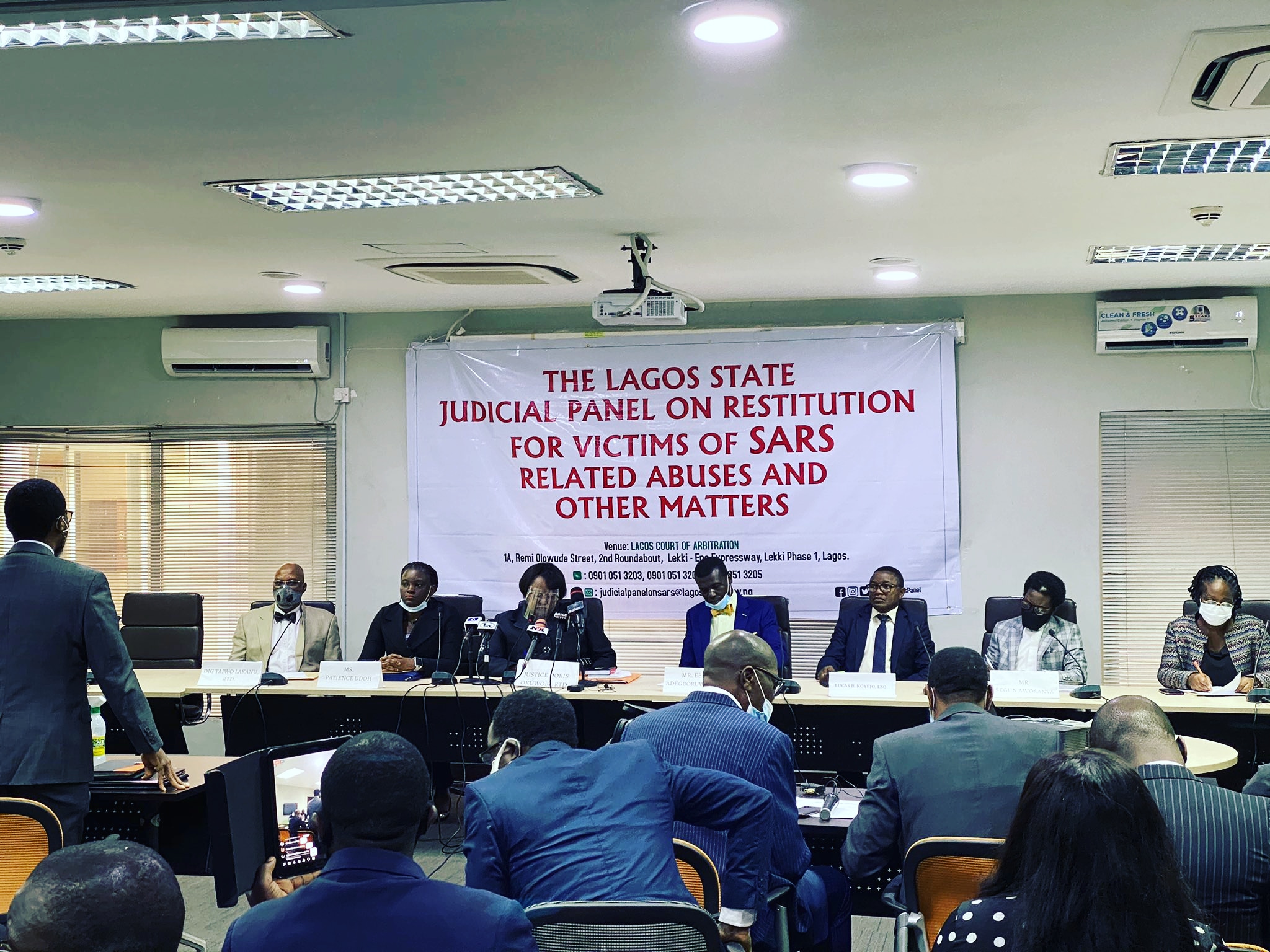 Lagos judicial panel on police brutality has on Monday, October 18 concluded its sitting, saying its findings and recommendations will be submitted to the state government.

Over the past year, the panel has heard petitions on police brutality, and has also investigated the Lekki tollgate incident.

Soldiers had stormed the tollgate where protesters had gathered on October 20, 2020 and fired shots, in what appeared to be an attempt to disperse the demonstrators.

Concluding the proceedings of the panel on Monday, Doris Okuwobi, chairperson of the panel, said 186 out of the 252 petitions submitted to the panel, were deliberated on by the panel.

Okuwobi said the petitions that have not been heard would be sent to the Lagos state ministry of justice for future consideration.

The retired judge added that the investigation on the Lekki incident has been completed and that the panel is currently working on its report, which will be submitted to the government.

The Lekki investigation was completed and the panel is currently working on its report. For petitioners not concluded and those not taken, the files will be recommended in our report to be sent to the Lagos ministry of justice for the purpose of government consideration and whatever body that will be set up for the handling of human rights violation in Lagos state.

I’m sure at the end of the panel, when the two reports are submitted, the government would declare what the findings of the panel are, publicly.

In his remarks, Adesina Ogunlana, counsel representing #EndSARS protesters, suggested that the panel should create a day on which findings on the Lekki incident would be made public.

In the spirit of openness and transparency, it would have been better if there is a little extension, not a general sitting; even if it is an executive summary of the findings. For the sake of these petitioners — restless youths — so that it would be open to them, it would be fair to be open.

Reacting to Ogunlana’s comment, the retired judge said it is not the place of the panel to reveal its findings on the Lekki incident, adding that the government will do so.

It is not in the panel’s place to share its findings publicly. The NEC that constituted the panel will be expecting to see the report and there is a procedure.

After the report has been considered by the government, it would give the right way to make it public. There is no possibility of us commenting.

Below is a full list of the petitioners who received compensation: