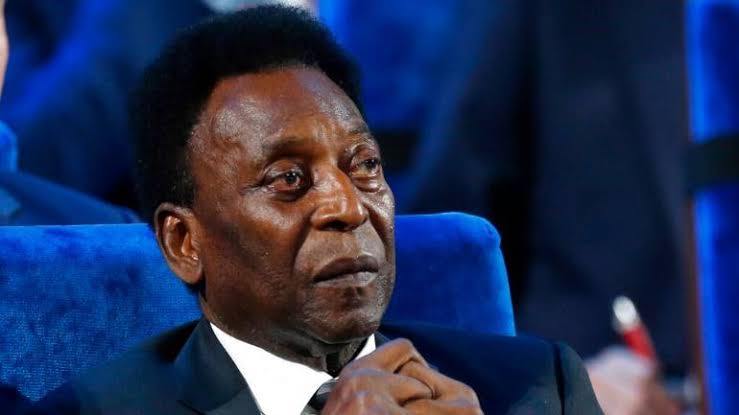 Brazil football legend, Edson Arantes do Nascimento, better known as Pelé, has been in hospital for the last six days with an undisclosed health issue.

The 80-year-old is not believed to be seriously ill and is undergoing routine checks in Sao Paulo’s Albert Einstein Hospital, according to reports in his homeland.

Regarded as one of the greatest players of all time and labelled “the greatest” by FIFA, he was among the most successful and popular sports figures of the 20th century.

Full battery of tests/scans/colonoscopy/blood etc. He doesn’t do everything in one day.

The new development comes a matter of days after Pele rubbished claims he had fainted, while fans have been concerned about his health for some time.

The legendary former striker appeared frail and used a walking frame in a documentary charting his glittering career released earlier this year.

However, Pele took to Instagram last week to write;

Guys, I didn’t faint and I’m in very good health. I went for my routine exams, which I had not been able to do before because of the pandemic. Let them know I don’t play next Sunday!

Pele has used a wheelchair periodically for many years and was taken to hospital in 2018 after collapsing from exhaustion. He was also admitted to hospital the following year to have kidney stones removed.

The three-time World Cup winner’s son, Edinho, admitted his father was reluctant to leave home due to difficulties with his hip dating back nearly a decade, having undergone surgery in 2012 and 2015.

He’s embarrassed, he doesn’t want to go out, be seen, or do practically anything that involves leaving the house. He is very sheepish, reclusive.

The 51-year-old, who manages the under-23 side of Pele’s former club Santos, added;

He’s pretty fragile. He had a hip replacement and didn’t have an adequate or ideal rehabilitation.

Just In: Cardi B And Husband, Offset Welcome Second Child Together