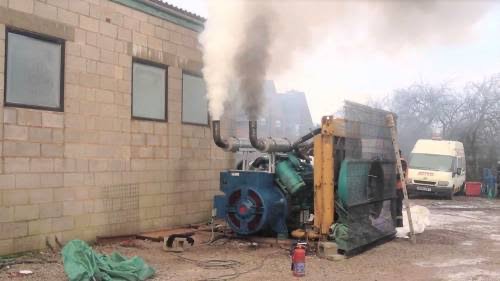 Four members of a family have died from generator fumes in Sanmora, Irepodun Local Government Area of Kwara State.

The victims, who recently travelled in from Lagos state to celebrate Sallah festival, left the generator set working all night while they went to bed.

Consequently, they suffocated and died in their sleep. Their corpses have been deposited at Offa General Hospital morgue.

According to Vanguard newspaper, two other victims said to be unconscious as a result of the fumes were also rushed to the hospital for urgent medical attention.

We discovered their lifeless bodies this morning. The head of the house, his wife and her friend and the friend to one of his children who followed them to celebrate Sallah from Lagos.

In the night while they were still feasting, they put on the generator and left it working at the verandah. But they all slept off.

It was one of the aged women in the compound who wanted to go and welcome them around past 7:00 a.m. Wednesday that discovered their bodies and raised the alarm.

Two of them who were still alive when residents went in were unconscious. They are lying in critical condition at the hospital now and we don’t know their state yet.

Spokesperson of the police in Kwara State, Ajayi Okasanmi, also confirmed the incident, appealing to people to always exercise caution.