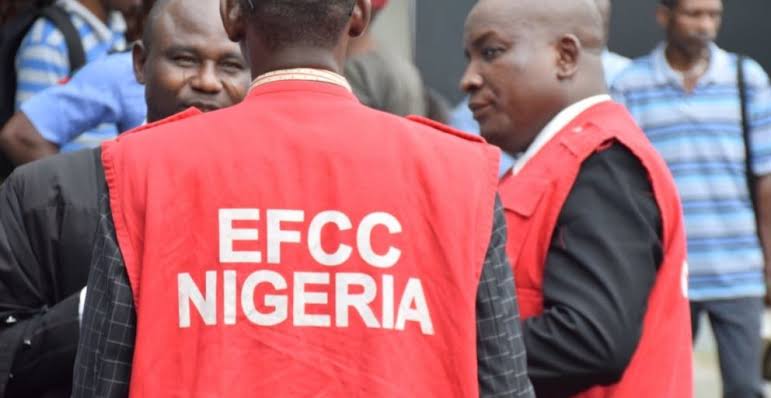 Bawa Kaltungo, EFCC head in Sokoto state, disclosed the arrest during a media briefing on the achievements of the zone on Friday.

Kaltungo said the zonal office received a complaint from United Bank for Africa (UBA), regarding an account in the name of Annexation Business Concept, said to have been opened by one of the suspects.

The account had a turnover of over N3.5 billion within a period of six months. In the course of investigation, we discovered that the operation of the account was at variance with the stipulated objectives of the company, which stated general merchandise and contracts.

The suspects purposely opened the account with intent to defraud unsuspecting members of the public in the name of investment.

Speaking, he said the accounts were opened by the principal suspect, but operated by two other suspects, adding that the investment is a pyramid Ponzi scheme promising members of the public high and unrealistic returns.

It is worthy to also note that the suspected fraudsters deceived their victims and made them believe that the funds would be used to trade in forex, cryptocurrency, among others.

However, after a painstaking investigation spanning nine months, we were able to make a breakthrough by arresting three suspects, while the others are at large.

Speaking on other arrests carried out by the commission, the EFCC Sokoto head said the state commission had recovered exotic cars, as well as residential buildings in choice areas of Lagos, Port Harcourt and Calabar worth N354.8 million.

Kaltungo warned the public to be wary of those who present their businesses or investment proposals that will yield high and unbelievable returns within a short period.

Bandits: ‘Nobody Invited Me For Questioning Or Arrest’ – Sheikh Gumi