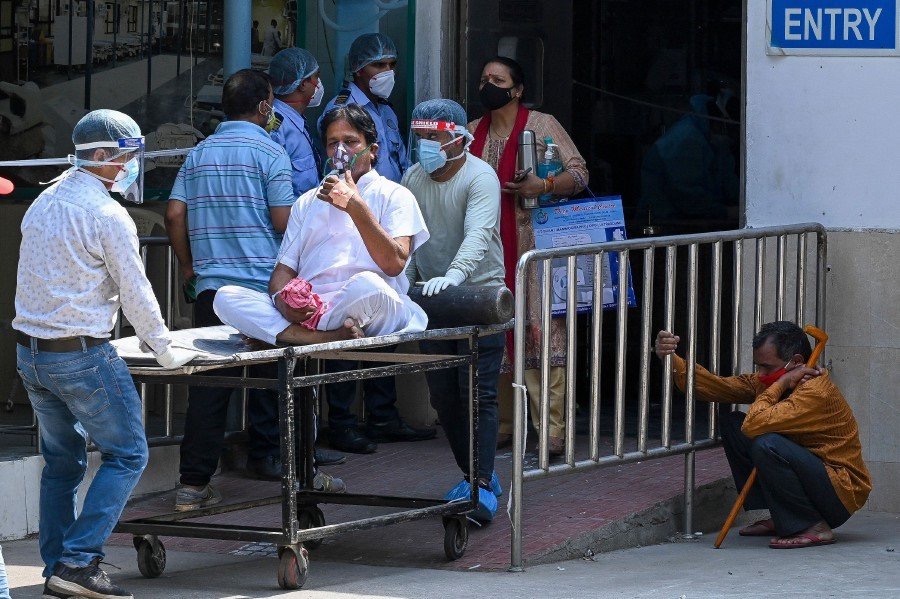 India has recorded on Saturday over 400,000 new COVID-19 cases in 24 hours for the first time, the first country to do so in the pandemic, official data showed.

Many experts suspect that because of insufficient testing and inaccurate recording of cause of death, the real numbers are much higher.

Indian authorities lowered their guard in the early part of the year after infections fell below 10,000 per day, lifting restrictions on most activity.

Mass religious gatherings such as Kumbh Mela, attracting millions of Hindu pilgrims, and political rallies were allowed to continue even when cases numbers began rising sharply in late March.

In April alone, India recorded around seven million new infections. On a per-capita basis however India’s caseload remains low compared to many other countries.

Meanwhile, Indian crisis has taken a toll on Covax programme aimed at providing equitable access to COVID-19 vaccines, with a particular focus on 92 poorer nations.

Prior to the surge, India was exporting tens of millions of AstraZeneca shots made domestically by Serum Institute through Covax, which is co-run by WHO, Gavi vaccine alliance and Coalition for Epidemic Preparedness Innovations (CEPI).

However, once cases started surging, New Delhifroze exports — including to Covax — to prioritise India.

This has left Covax short 90 million doses that had been intended for 60 low-income countries in March and April, WHO and Gavi said.

Read Also: Infection Surge: COVID-19 Situation In India Is ‘Beyond Heartbreaking’ – WHO Chief

Those have not been made available given the crisis in India. Now they’re being used domestically

Covax, he said, was “looking at other options” while waiting for the supplies to resume.

Among other things, Covax partners have appealed to countries that have excess vaccine doses to share them with the programme.

Berkley said that it was “early days” on those discussions, but so far France, New Zealand and Spain had vowed to share some of their doses.