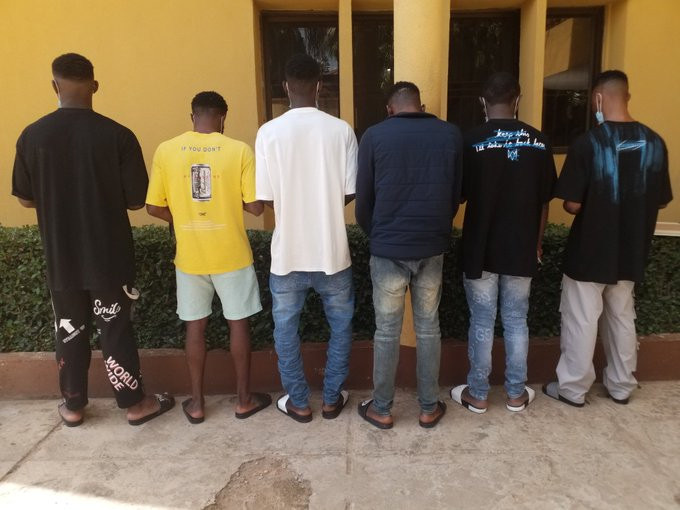 Five suspected internet fraudsters have been arrested by operatives of the Ilorin Zonal Office of Economic and Financial Crimes Commission, (EFCC) for offences bordering on cybercrime.

The suspect were arrested at the International Airport, Ilorin, following intelligence obtained by the Commission about their arrival after they flew into Ilorin from Lagos on Monday, May 17, 2021.

According to EFCC, four of the arrested suspects are students of Kwara State University (KWASU) Malete, while the fifth suspect is a student of Kwara State Polytechnic, Ilorin.

Upon arrest, items recovered from them include a Mercedes Benz C300, mobile phones and a laptop computer.

The suspects have volunteered useful statements to the Commission and will be arraigned in court as soon as investigations are concluded.

6-Year-Old Raped To Death In Kaduna