Bandits Storm Mosque In Katsina During Prayers, Abduct Many Worshippers 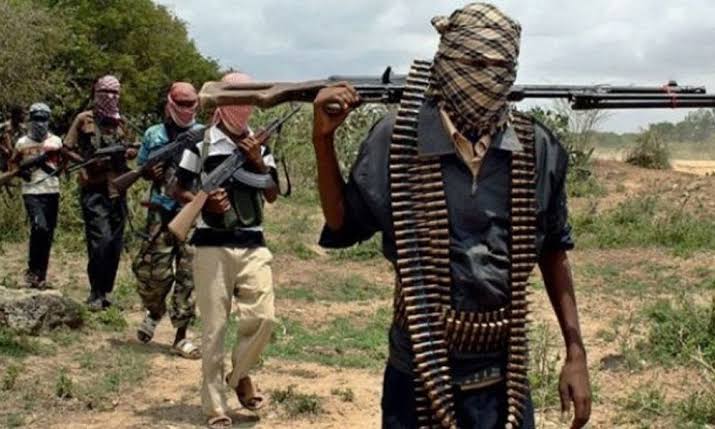 Gunmen suspected to be bandits have attacked a mosque located in the outskirt of Jibiya town of Katsina State during Laylatul Qadr prayer, abducting many worshippers, it has emerged.

Laylatul Qadr, the Night of Decree or Night of Power, is one of the most sacred nights in the Islamic calendar. It takes place in the last ten days of Ramadan and was the night in which the Qur’an was revealed to Prophet Muhammad (SAW).

It was gathered that the incident happened around 12 am on Sunday night in Kwata, Jibia Local Government Area of the state.

According to ChannelsTV, a resident of the affected community, Mallam Fahad Mukhtar confirmed the abduction on Monday morning.

He stated that the gunmen arrived at the mosque at about around 2am on Monday shooting sporadically. They finally abducted the worshippers, numbering 12, and took them into the forest.

Mukhtar, however, said residents have earlier been warned of the attack, adding;

Prior to their coming, people were informed on so many WhatsApp platforms that there might be an attack around 12am. Our prayer is that May Almighty Allah intervene and look into our condition in Jibia. This attack happens almost on daily basis. It’s not something new.

Our leaders and sponsors of the insecurity in our country should recall that there will be a day of judgement.

However, in another report, 40 Muslim worshippers were abducted by the armed bandits

According to DailyNigerian, the kidnappers initially picked 47 congregants, including women and children, but seven later returned.

“So far we established 40 people missing after the attack,” said a resident who preferred not to be named.

Another resident who volunteered a statement, Lawal Jibiya, confirmed that neighbouring villagers alerted them about the impending attack, after sighting the movements of the bandits heading towards the town.

He said hundreds of youth and local vigilante group in the town were on alert and ready to confront the bandits, but the assailants changed their route and entered the town from the western entry point.

We were expecting them from the eastern entry point through Daddara, Kukar Babangida or Magama but this time they proceeded beyond the town and camped at Jibawa.

From Jibawa they then went round to the western entry point near Yunusa Dantauri Hospital and attacked a mosque on the outskirt of the town.

According to him, the bandits did not fire a single shot until they finished the operation.

Jibiya, a Nigeria-Niger border town, is one of the major targets of kidnapping and banditry activities.

Katsina, despite being the home state of President Muhammadu Buhari, has witnessed sporadic attacks by bandits and kidnappers that have claimed the lives of many.

At least 300 people have been reportedly killed by the gunmen in Jibia, Kankara, Dutsinma, Musawa, Danmusa and Safana local government areas.

On December 11, 2020, some bandits kidnapped 344 students of Government Science Secondary School, Kankara. They were released about a week later.

Also on December 19, 2020, 84 Islamiyya students of Hizburrahim Islamiyya in Mahuta village, Dandume Local Government Area of the state were also kidnapped but rescued shortly after.