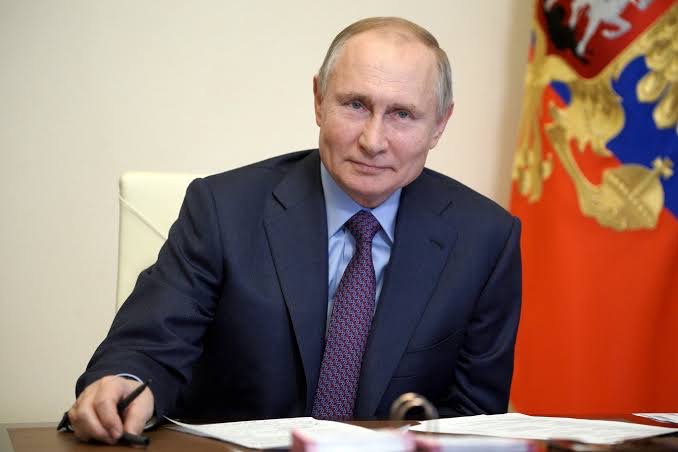 Russia’s President, Vladimir Putin has signed a law for constitutional changes that would allow him to seek reelection for two more terms (six year each).

Putin’s second consecutive and fourth overall presidential term ends in 2024, the year when Russia’s previous Constitution would have required him to step down.

If elected both times, he would remain president until 2036, surpassing Josef Stalin as the longest-serving leader of Russia since Peter the Great.

The law which was signed on Monday April 5 by the 68-year-old leader, resets his number of terms served, allowing him to extend his 20-year rule until he turns 83.

Former President Dmitry Medvedev, who served in 2008-2012 when Putin was constitutionally mandated to step down after his first two consecutive terms, is also granted the right to run two more times.

Putin has previously said he hasn’t yet decided whether to run for president again, saying 2024 is still far off.

The signed measure however still needs approval by the country’s Constitutional Court and a nationwide vote, set for April 22.

He had supported the proposed constitutional amendment on Tuesday and it sailed through the Russian’s parliament with only one countervote.

The constitutional change would see the suspension of a law that limits Russian presidents to two consecutive terms.

Russian Member of Parliament, Valentina Tereshkova proposed either scrapping Russia’s two-term limit for presidents or stopping the clock so the law wouldn’t apply to Putin’s time in office.

MPs also passed a set of constitutional amendments proposed by Putin that include defining marriage as a heterosexual union and language pledging homage to “ancestors who bequeathed to us their ideals and a belief in God“.

However, Kremlin (seat of government of Russia) critics have denounced the move as cynical manipulation and called for protests.

Putin has been in power for 20 years, and yet he is going to run for the first time.

A group of opposition activists called for a protest rally in Moscow on March 21, saying in a statement, “The country where the government doesn’t change for 20 years has no future”.