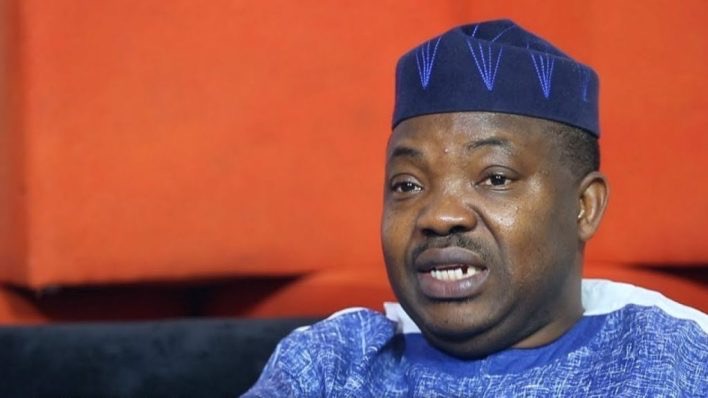 Ooni, represented by Kemade Elugbade, at the funeral service of Mr Odumakin in Moro, described the late Afenifere chieftain as an unforgettable patriotic descendant of Oduduwa and a positive factor in Nigeria’s democracy.

Odumakin’s death was a rude shock when Yoruba nation in particular and Nigeria at large needed him. The news of his demise was a very bitter pill to swallow for the entire country and to us particularly in the House of Oduduwa.

He was a disciplined Yoruba leader who has been one of the loudest pro-democracy voices in the country.

During the funeral, a short clip of Odumakin’s lifetime was played in remembrance of the human rights activist.

Funeral rites of former spokesperson of Afenifere pan-Yoruba group, Yinka Odumakin, have kicked off on April 22, with a lying-in-state of his body and service of songs at Police College in Ikeja, Lagos state.

The ceremony was followed by a candlelight procession and his body was interred on Saturday, April 24.

Olori Naomi’s Divorce: ’Palace Is Not Aware’ – Ooni Of Ife’s…