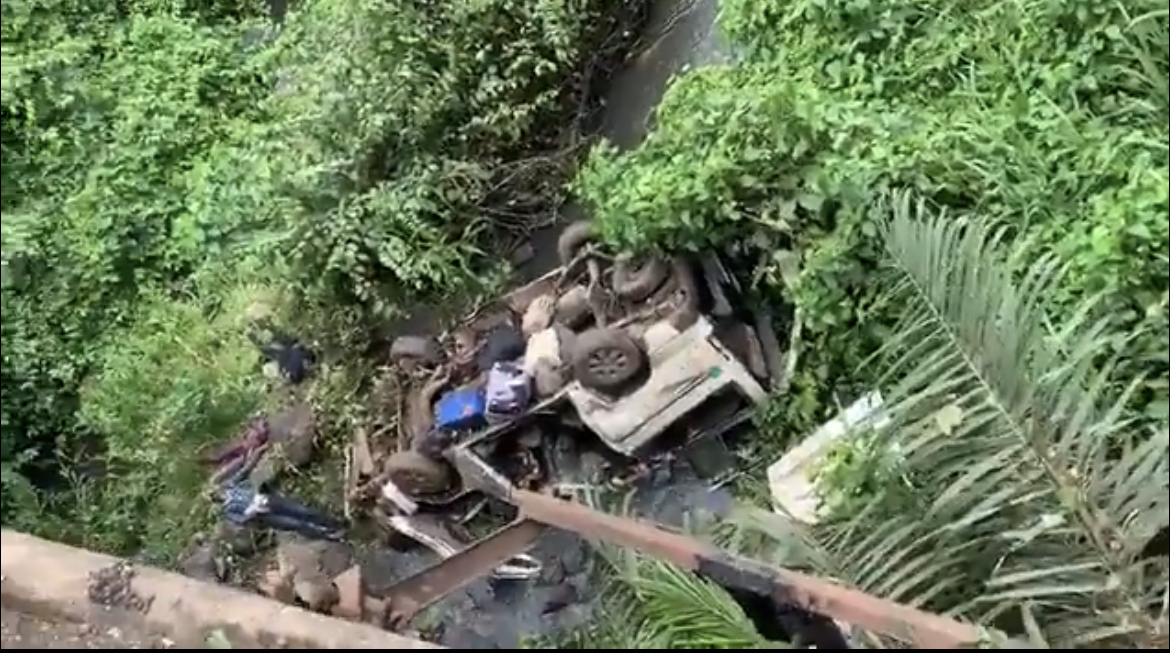 Many people have been feared dead after a 18-seated bus on Sunday plunged into Owena River along Akure-Ondo road in Ondo State.

The accident took place on Sunday afternoon along Aponmo village near Akure, the Ondo state capital.

According to an eyewitness, the driver was at top speed while it was raining, which made him lose control of the vehicle.

Hassan said seven of the passengers have been rescued and taken to the hospital, then noted that there was still an ongoing rescue operation to save some passengers.

He added that the number of casualties was yet to be ascertained as men of the corps are still battling to rescue the victims.

Watch a video of the incident below;

This happened in Ondo this afternoon. The bus plunged into a river, taking souls with it pic.twitter.com/zdKbPOTuC2