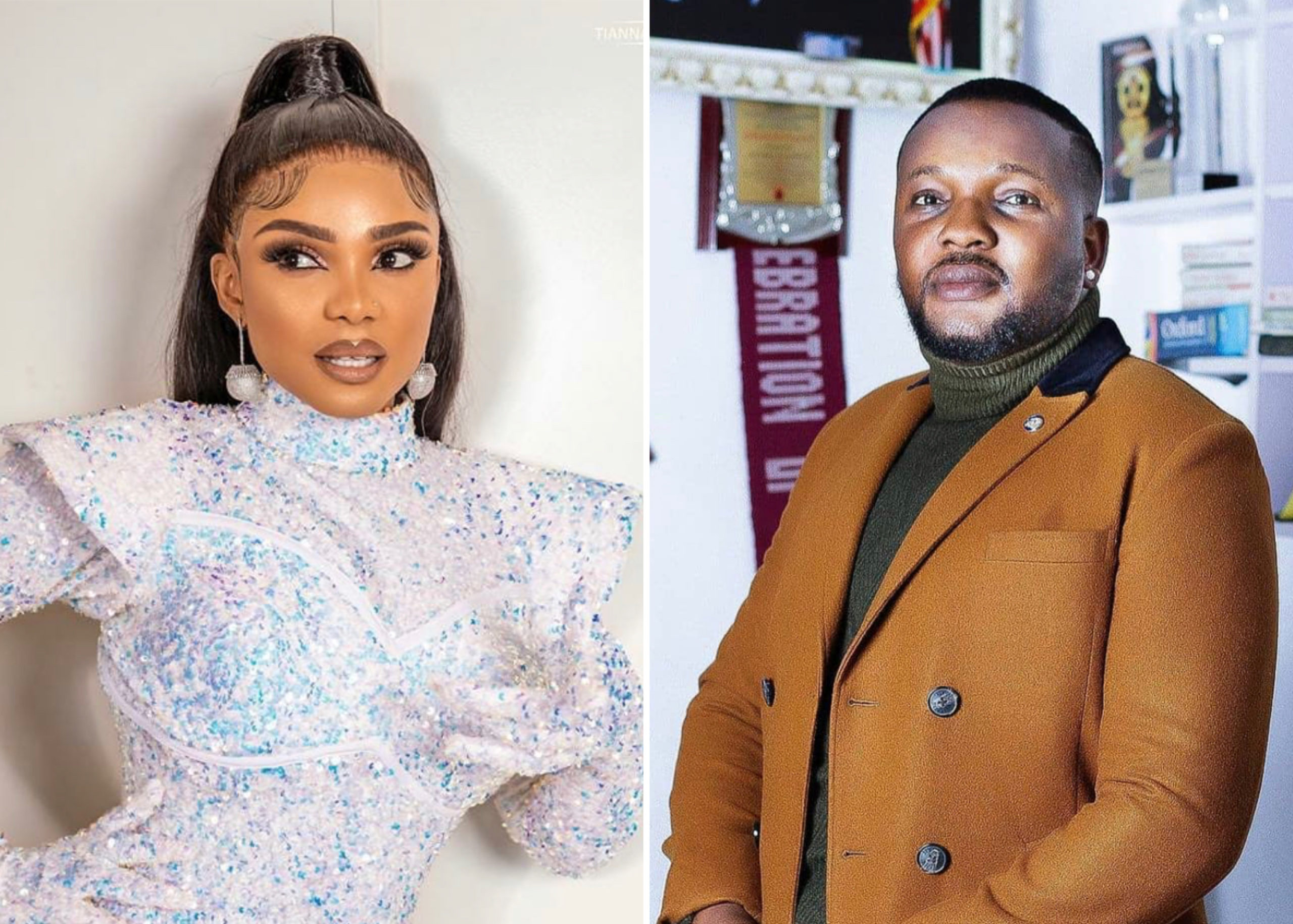 Nollywood actress, Iyabo Ojo has blasted one of her colleagues in the industry, Yomi Fabiyi for defending Baba Ijesha, following his arrest for allegedly raping a teenage girl.

In a lengthy post on Instagram two days ago, Fabiyi waded in on the alleged rape saga, saying his colleagues should not jump into conclusion on the rape case.

The actor continued by saying he does not support evil or crime against women and children, but he will always use his sense and conscience in every matter.

Speaking further, the filmmaker said everyone should face the bigger picture, which is the mental health of the minor involved and her guardians instead of engaging in needless drama of distraction.

Fabiyi made the statement a day after Iyabo Ojo in a video specifically addressed her colleagues in Yoruba movie industry, blasting those defending Baba Ijesha and trying to excuse his alleged action.

Iyabo, who herself has been a victim of rape a number of times,revealed that she would never condone rubbish and would speak out against people who have been defending the actor. 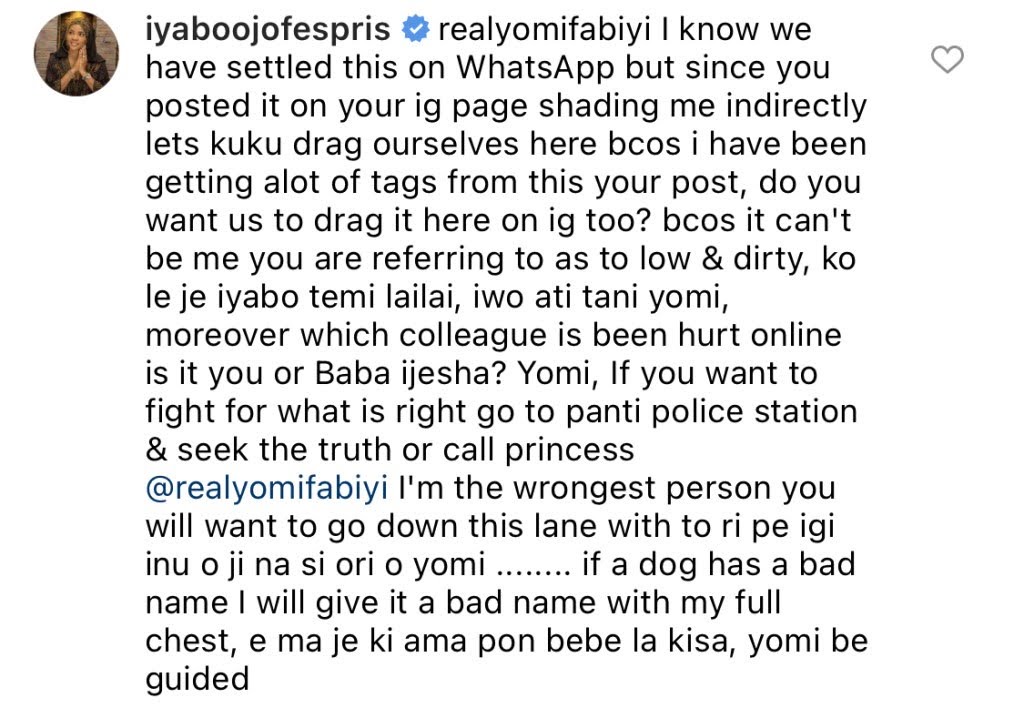 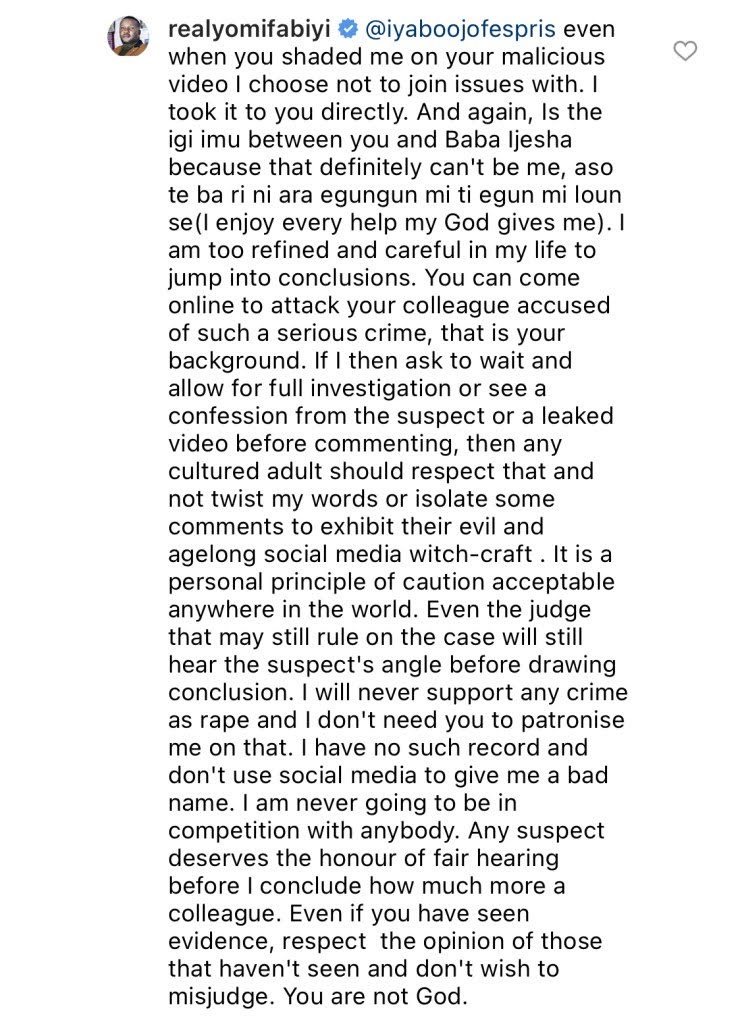 Not satisfied with the medium of word exchange, Iyabo Ojo in a video shared on her Instagram page lambasted Fabiyi and other Nigerians demanding to see the CCTV evidence that showed Baba Ijesha molesting the teenager.

She then took to her Instagram Live, calling on Fabiyi to join her in order to settle their scores publicly, but he refused to partake in.

The actress stated that she would never support the alleged action of Baba Ijesha, notwithstanding their cordial relationship.

Watch the full video of Iyabo Ojo speaking below;

Iyabo Ojo dragging Yomi Fabiyi by his balls. I love to see it. Cos as far as the rape Case goes, the whole of Yoruba movie industry is enough to fight this battle and set the right example. How would you demand the video of a child being molested be shared on sm? pic.twitter.com/yC3P4sdD31