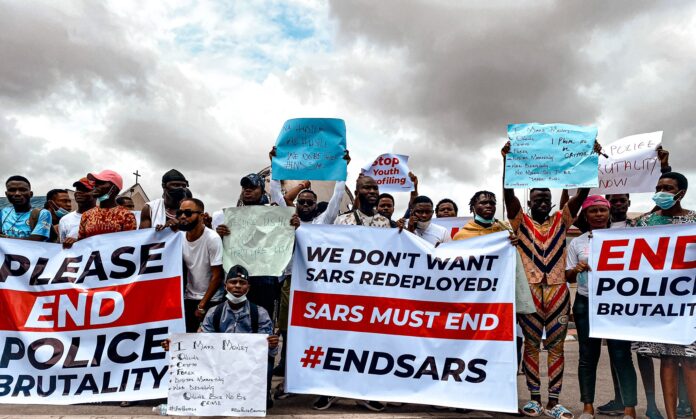 A former member of dissolved Special Anti-Robbery Squad (SARS) of Nigeria Police Force has been denied refugee status in Canada on the grounds that he may have committed crimes against humanity.

Olushola Wazzi Popoola was a member of the notorious unit between 2002 and 2005 in Abuja, and 2009 and 2011 in Lagos when he resigned following his father’s death.

In 2016, he left Nigeria for the United States. He then went to Canada, where he claimed refugee status. His claim was suspended while his case was referred to Immigration Division [ID] of the Immigration and Refugee Board for a determination of his inadmissibility.

The board Board determined him to be inadmissible to Canada after reviewing documentary evidence that SARS committed crimes against humanity from 2002 to 2015.

Popoola contested the division’s decision in court, but Canada’s Federal Court in Ottawa, Ontario has now ruled against the former law enforcement officer in a judgement delivered on April 8, 2021.

In a court report shared on its official website, Justice Sébastien Grammond on April 8 ruled that it was not important that Popoola didn’t directly participate in atrocities documented against SARS, but that he was guilty by association.

This is because mistreatment and torture of police detainees is endemic in Nigeria, for a number of reasons including corruption and impunity. Extrajudicial killings are frequent. The SARS, in particular, is singled out in the documentary evidence as one of the most brutal units of the Force. Based on this grounds, the man identified as Mr. Popoola was denied the refugee status in the country.

He admitted knowing about the prevalence of torture and mistreatment of detainees in the organization, although he tried to minimize its scope in his testimony; and that he resigned for personal reasons, not because he learned of human rights abuses. As to his contribution to the organization’s crimes, the ID concluded as follows:

Since Mr. Popoola reasonably knew that when he was a member of the SARS the suspects he handed over to the criminal investigation department would be subject to human rights violations, the tribunal finds this to be a significant contribution to the criminal purpose of the organization since he had the knowledge of what could befall the individual subject to investigation.

Popoola’s application for judicial review was then dismissed.

Officers of the tactical unit were notorious for numerous acts of abuse including harassment, extortion, torture, and extra-judicial murder.