Barcelona Player, Antoine Griezmann Becomes A Father For The Third Time With All Children Born On April 8 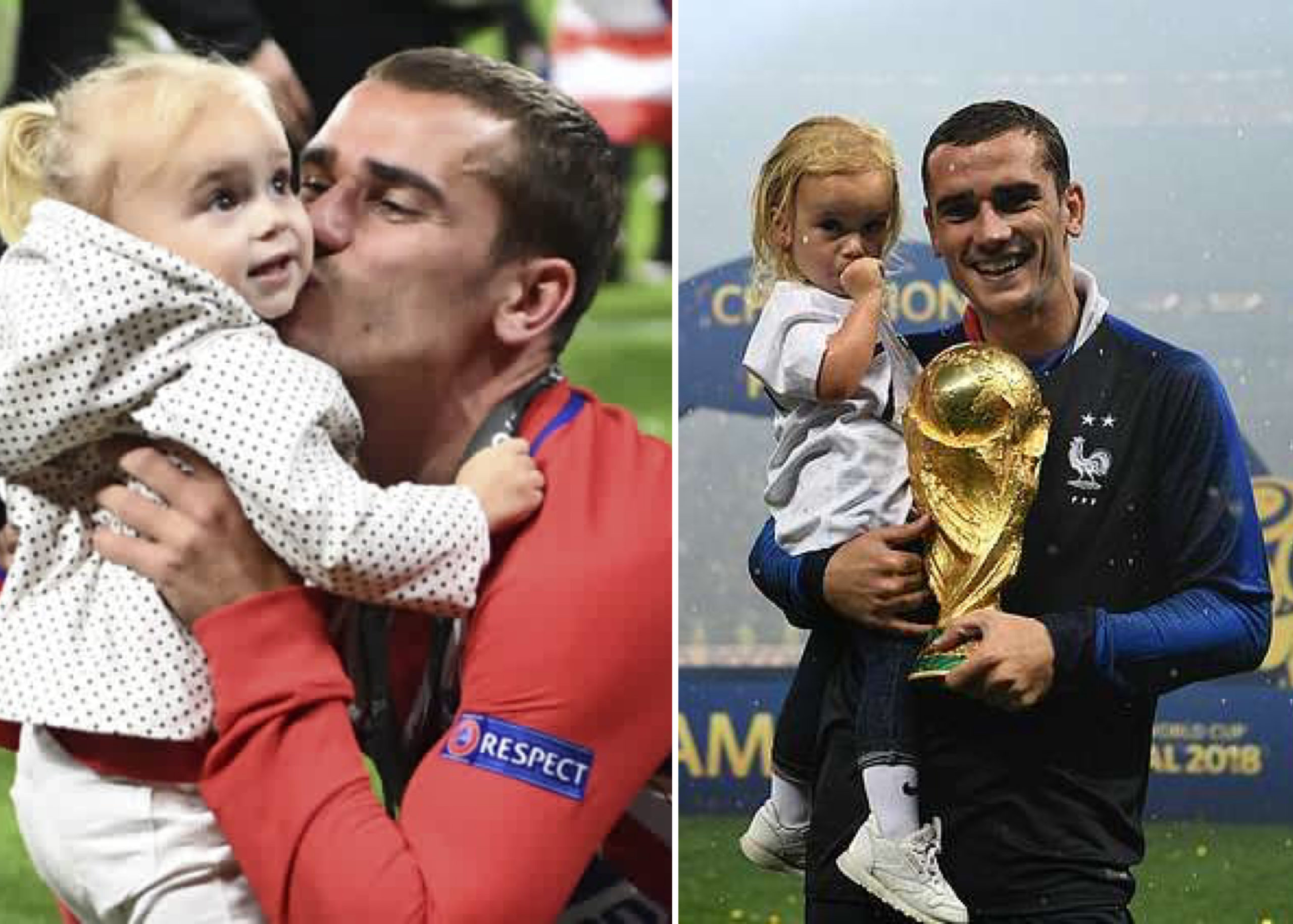 Barcelona forward, Antoine Griezmann and his wife, Erika Choperena have on Thursday, April 8 welcomed their third child together, a baby boy named Alba.

Intrestingly, Griezmann’s two other children – Mia and Amaro – were born on the same day with Mia born in 2016 and Amaro three years later. The astonishing coincidence means that the World Cup winning striker will spend the rest of his life enjoying a triple birthday bash on April 8.

Celebrating the arrival of baby Alba on Thursday, Griezmann tweeted:

Placing heart emojis next to his words, he later confirmed that April 8 was also the date he welcomed his daughter, Mia, into the world in 2016, and son Amaro, who was born on April 8 2019.

The French forward was absent from Barcelona training on Thursday so that he could be present for the birth of his new child. He is expected to return to Barca’s training on Friday, ahead of Saturday’s Clasico against Real Madrid in La Liga.

Some fans had feared that he may have sustained an injury just days before their crucial El Clasico clash with rivals Real Madrid but he allayed those concerns when he announced that he had become a father for the third time.

Barcelona are two points ahead of Madrid on 65 points, with nine games left before the season ends. Griezman’s former team, Atlético Madrid lead the Spanish league with 66 points.

Griezmann made a move to Barcelona in the summer of 2019 from Atletico Madrid, but he has since struggled to show the form he produced at Atletico on a consistent basis.

Luis Suarez Thanks Atletico Madrid For Rescuing Him From…