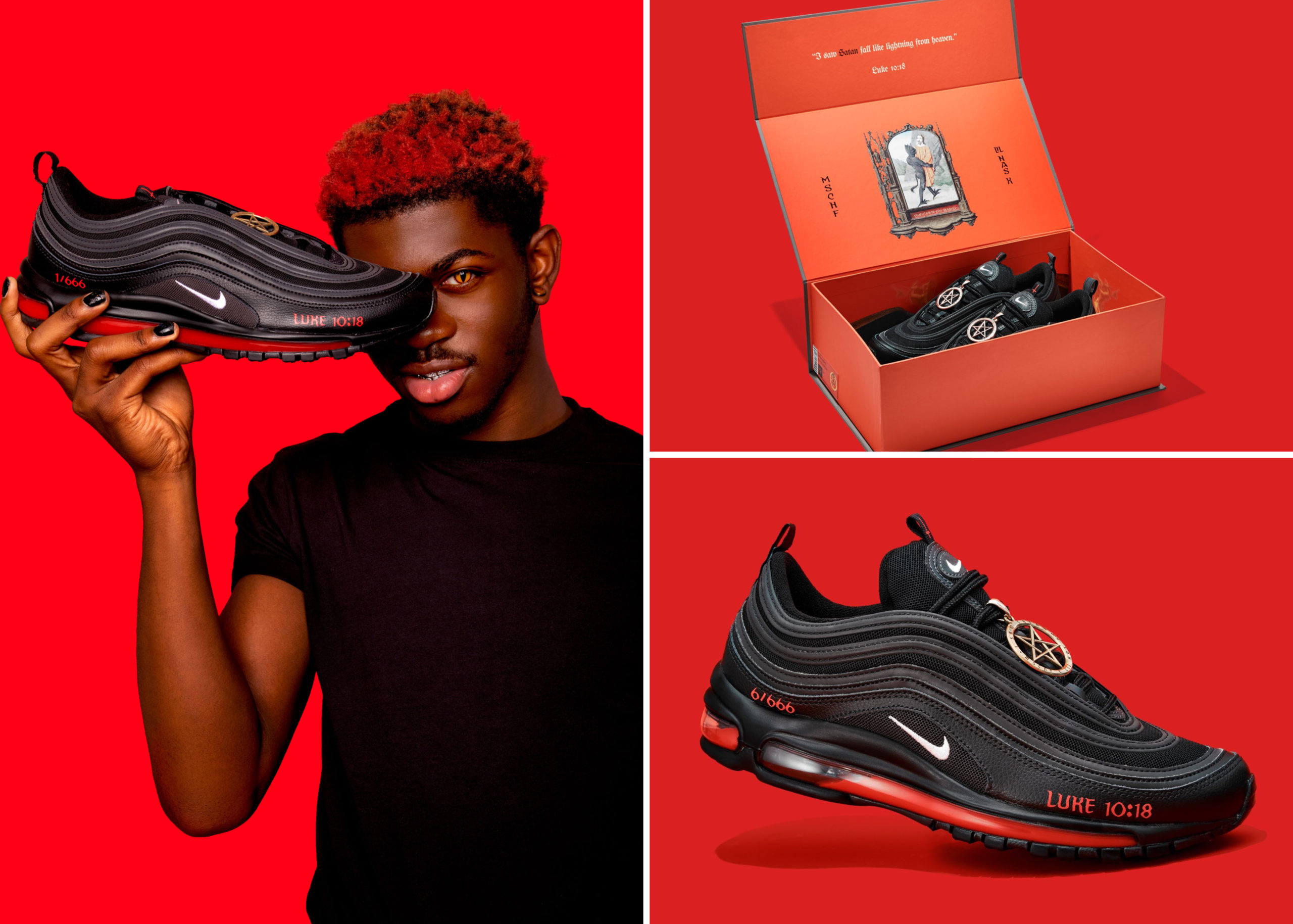 The black and red sneakers, part of a partnership between the singer and the New York-based art company, were made using Nike Air Max 97s. 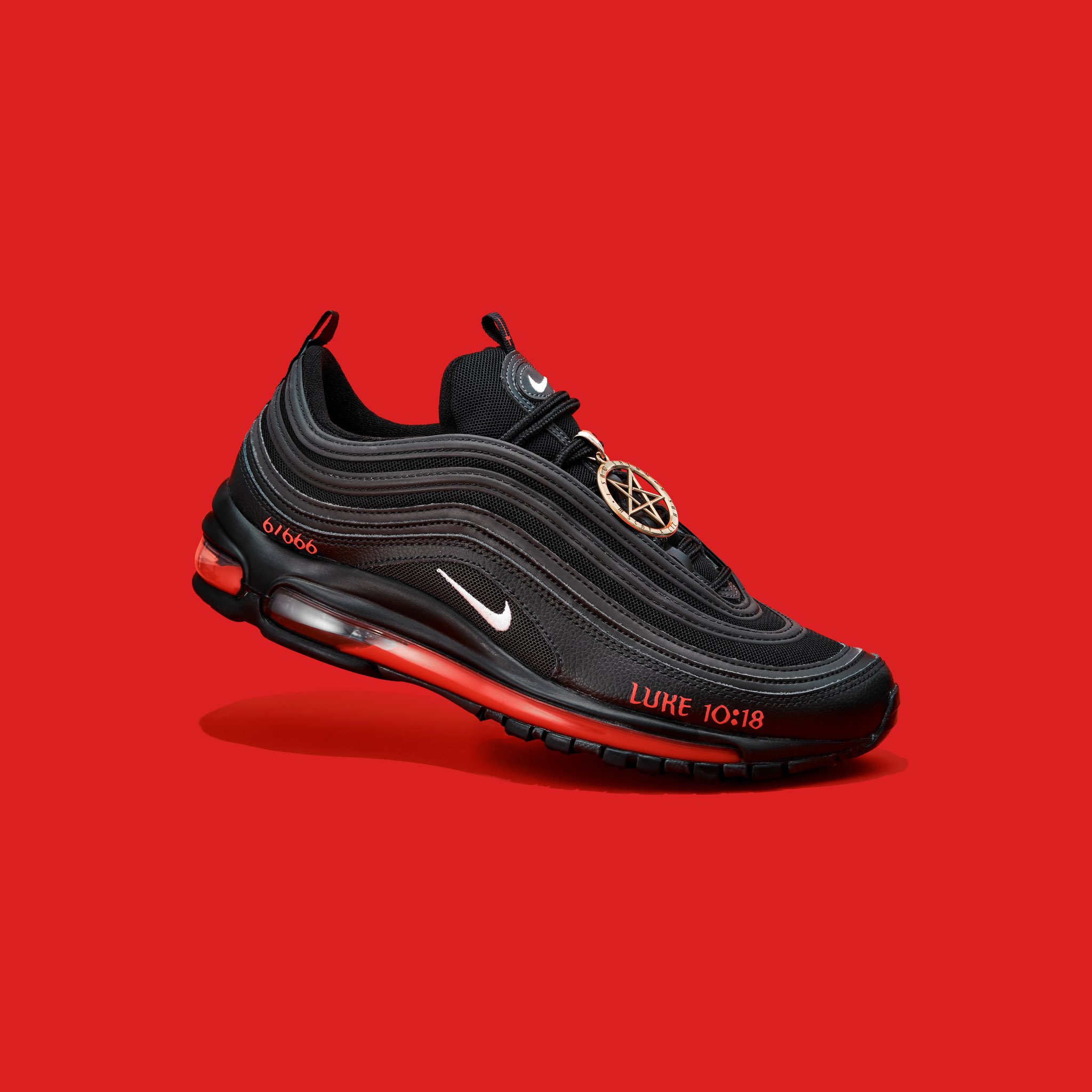 Launching as a limited-edition of only just 666 pairs, each shoe’s air bubble sole contains 60 cubic centimeters (2.03 fluid ounces) of red ink and “one drop” of human blood, according to MSCHF.

They are priced at $1,018 a pair, a reference to the Bible passage Luke 10:18 that reads: “I saw Satan fall like lightning from heaven.”

A MSCHF spokesperson said the blood had been provided by members of the art collective, adding: “We love to sacrifice for our art.” 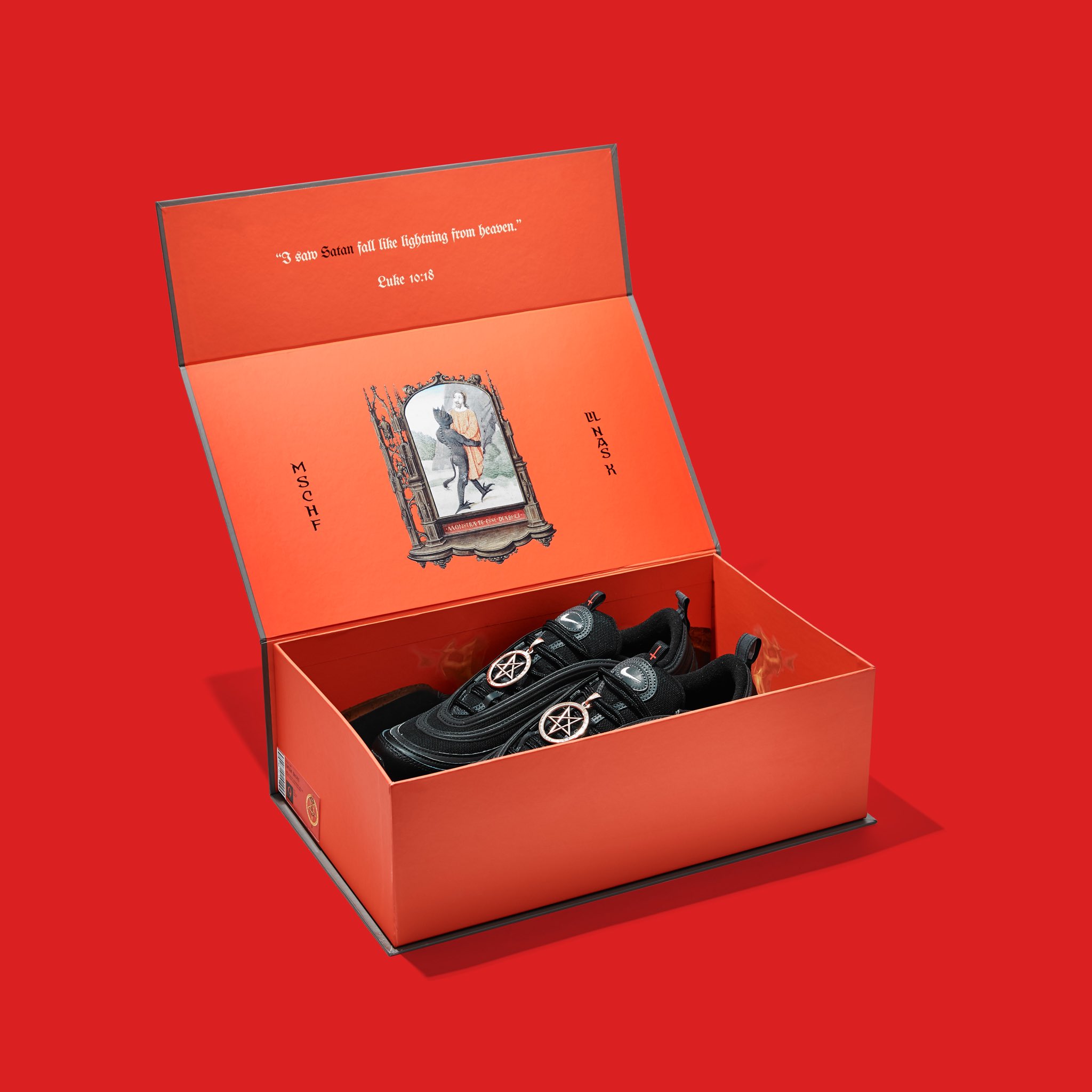 According to CNN, the group also confirmed that Nike was “not involved in this in any capacity.”

The Satan Shoes is in strong connection with the theme of Nas’ controversial music video for his new song “Montero (Call Me By Your Name),” in which he descends into hell with a stripper pole and seduces the devil with a fiery lapdance. 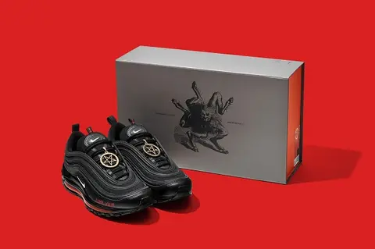 Like the scintillating visuals, Lil Nas X caught heat for the fiery fashion statement on Palm Sunday, alongside Nike brand prompting the firm to distance itself from the product, NBC reports.

In a statement, Nike said it was not involved in creating the modified sneakers, saying;

We do not have a relationship with Lil Nas or MSCHF. Nike did not design or release these shoes and we do not endorse them. 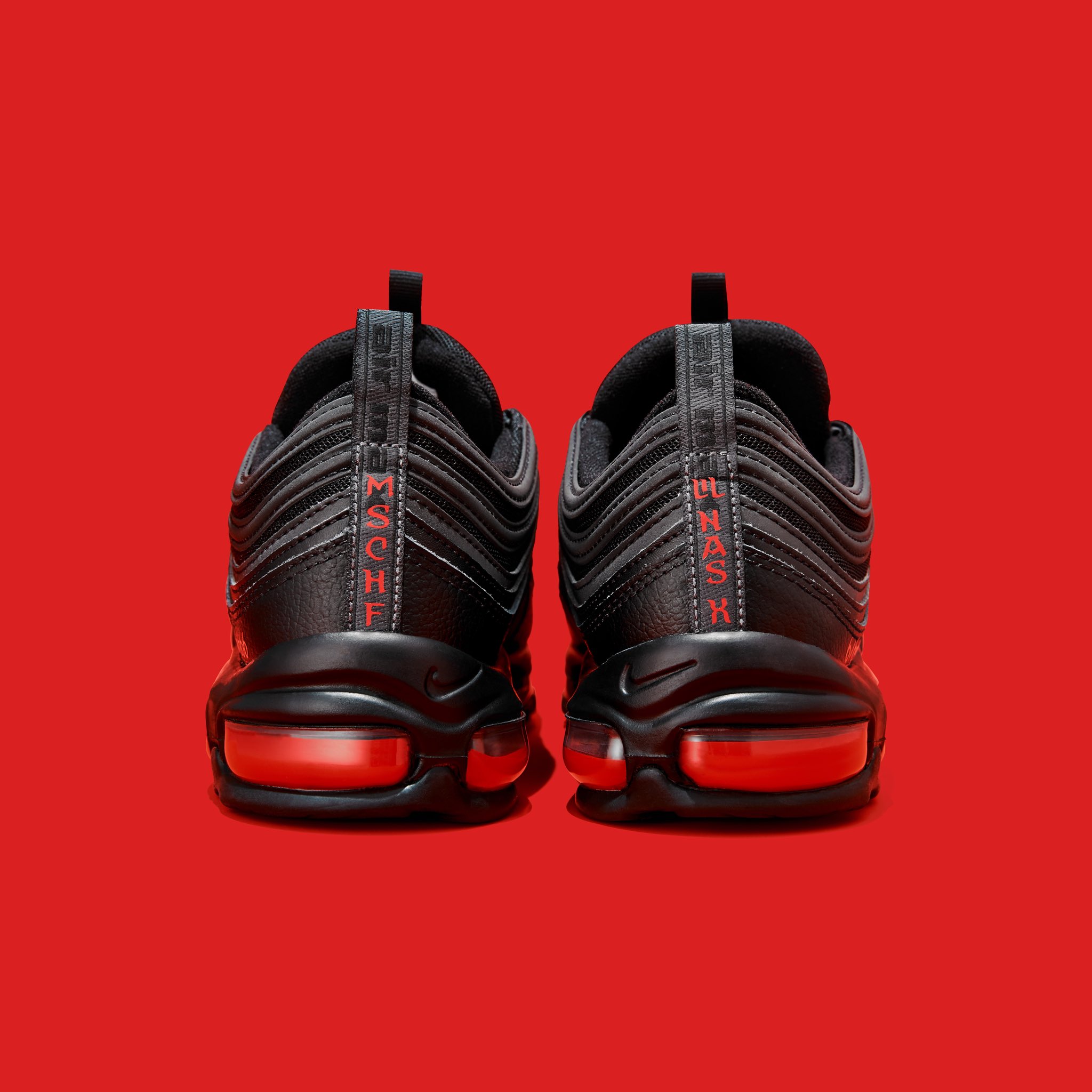 While the Church of Satan expressed their support, tweeting, “Hook us up with a pair fam,” many others especially Christians have disapproved.

Hook us up with a pair fam

The shoes sparked outrage online over the weekend and attracted criticism from a number of high-profile political and religious figures, including South Dakota Governor, Kristi Noem and the evangelical pastor Mark Burns.

The latter described the sneakers in a tweet as “evil” and “heresy.”

He then posted a video to his official YouTube account titled “Lil Nas X Apologizes for Satan Shoe,” which has now been viewed over 1.8 million times.

Although, title of the video hinted that it was an apology, the clip cuts to a scene from his new music video, “Montero (Call Me By Your Name),” showing him dancing provocatively with a devil character. The rapper is then pictured snapping the devil’s neck, before removing his horned crown and assuming it himself.

MSCHF is known for its bizarre “drops,” a series of tongue-in-cheek art projects unveiled once every two weeks.

In 2019, the collective released limited edition “Jesus Shoes” — also made from Nike Air Max 97 sneakers — which featured a steel crucifix and “holy water” sourced from the Jordan River.

Other drops have seen the collective sell a laptop installed with some of the world’s most dangerous computer viruses for over $1.3 million.

In February, the group ripped apart four Hermès Birkin bags in order to create a collection of sandals priced between $34,000 and $76,000.