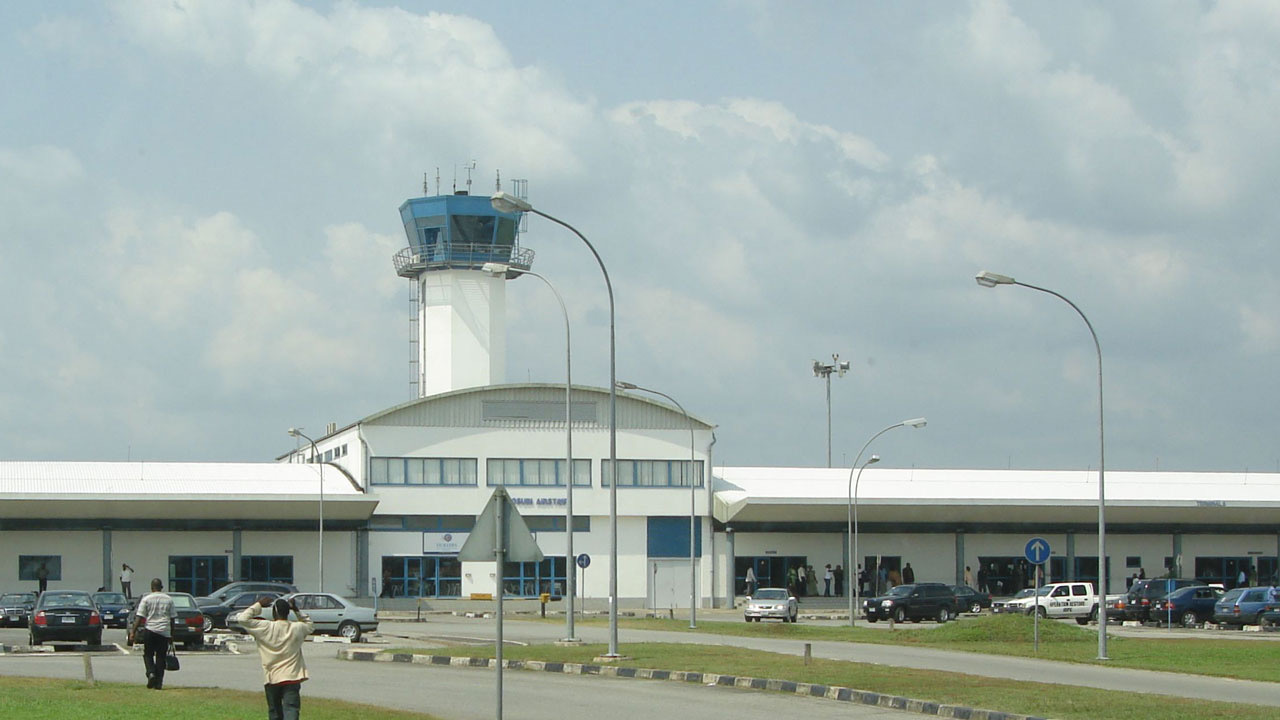 Federal Government has approved the reopening of Osubi airport in Warri, Delta state for daylight operations.

The airport was closed in February 2020, following controversy involving aviation service providers and management of the airport as well as over alleged debt and mismanagement.

Recently, the house of representatives urged the federal government through the ministry of aviation and relevant authorities to reopen the Warri airport for full flight operations.

The motion was moved by Oberuakpefe Afe, a lawmaker representing Okpe/Sapeie/vaie federal constituency.

Hadi Sirika, minister of aviation, in a tweet on Monday, has now announced the reopening of the airport.

He noted that all procedures, including COVID-19 protocol will be strictly observed, stressing;

I have just approved the reopening of Osubi Airport Warri, for daylight operations in VFR conditions, subject to all procedures, practices and protocols, including COVID-19, strictly being observed. There will not be need for local approvals henceforth.

I have just approved the reopening of Osubi Airport Warri, for daylight operations in VFR conditions, subject to all procedures, practices and protocols, including COVID-19, strictly being observed. There will not be need for local approvals henceforth. 🇳🇬🙏🏽🇳🇬

The facility has been a subject of controversy since it changed hands from the original owner, Shell Petroleum Development Company (SPDC), to Shoreline Oil Services Limited in partnership with Nigeria National Petroleum Corporation (NNPC) in 2015.

The company was unable to get the private operator to comply with the provisions of the service providers and some parastatals had written to the government to revoke the contract of Shoreline.

SPDC opened the facility in 1999, to enhance offshore operations. With the dip in oil exploration over a period, the airstrip was sold to Shoreline and NNPC in 2015.

NAMA, in October 2018, alleged that Shoreline owed over N500million for air navigation services since 2015. Shoreline described NAMA’s claim as ‘frivolous charges’, and an attempt to keep extorting its management.

The Osubi airstrip was then closed for about two months following NAMA’s withdrawal of air traffic controllers and embargo on aircraft to and from the facility.

FAAN also withdrew safety-critical services from the airstrip in December 2018, over an alleged debt of N77million.

Then in February 2020, Federal Government approved of a takeover of the private purpose-built airstrip.

The government, in a letter to all the aviation parastatals, terminated the contract of Shoreline Oil Services Limited, citing incompetence.

Nigeria Air To Take Off By April 2022, Says Aviation…