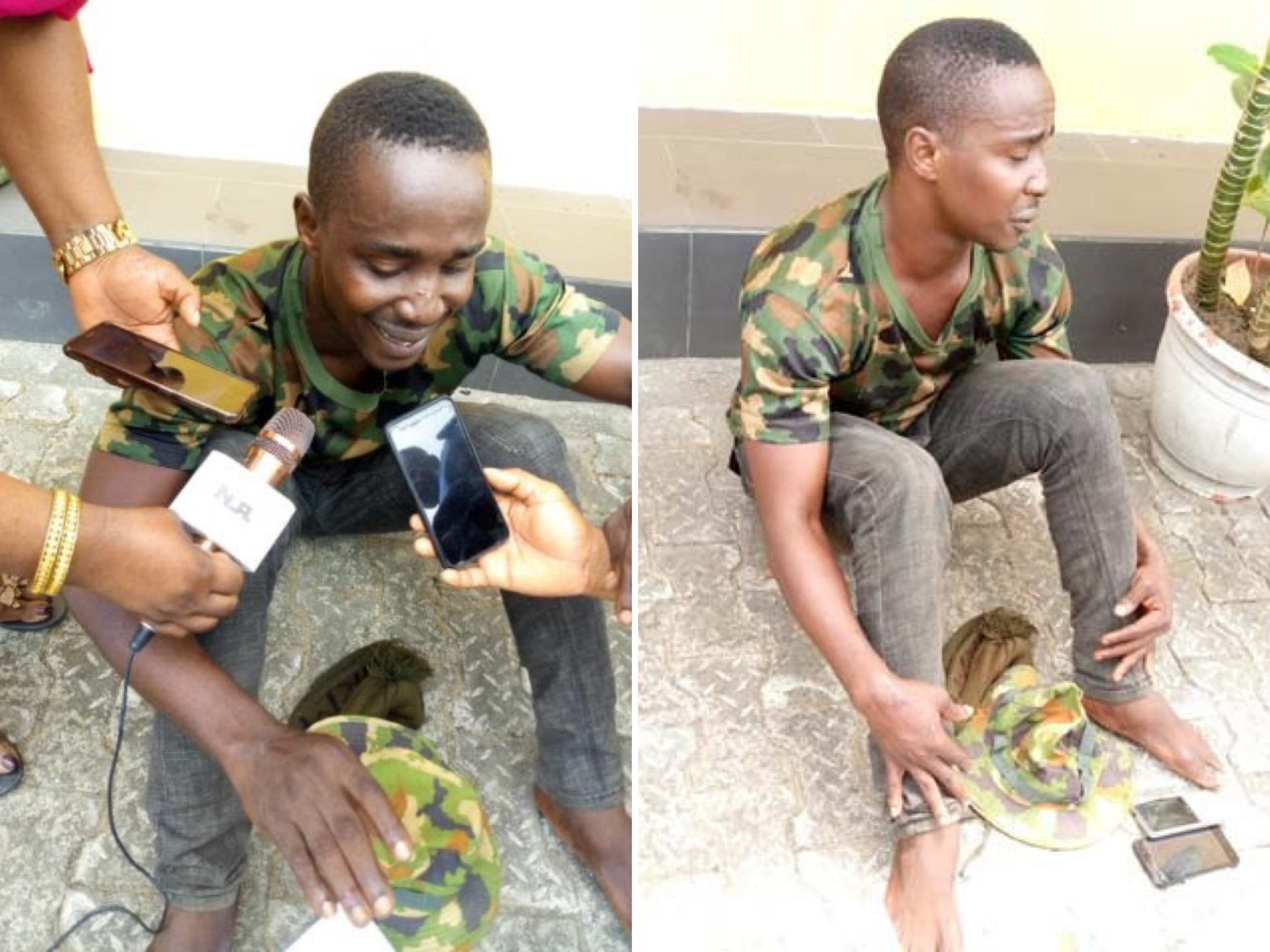 Operatives of Nigeria Security and Civil Defence Corps (NSCDC) in Cross River State have arrested a fake soldier in Calabar, after claiming to be a personnel of Nigerian army over the four years.

The suspect identified as Ogbonnia Paul Chukwudi, 28, from Ebonyi State, was arrested at Igoli, Ogoja and handed over to the 130 Battalion who after preliminary investigation handed the fake officer to 13 Brigade of the Nigerian Army.

Speaking at the 13 Brigade Headquarters on Wednesday, March 10, while handing over the fake soldier to the Police for prosecution, the Brigade Commander, Brigadier General M.A Abdullahi, said the suspect has been impersonating for the past 4 years.

Brigadier General Abdullahi, who spoke through Major SN Ikpeme, expressed that several items were recovered from the impersonator.

During the course of investigation, it was revealed that the suspect has been presenting himself as a serving soldier for four years. Items recovered from his residence at 7 stadium road, Igoli Ogoja includes camouflage t shirt, some of his pictures on military uniform, fake Military ID card, prescreening certificate of the Nigerian Army among others.

Brigadier General Abdullahi added that the suspect and the exhibits have been handed over to the police for further investigation.

He requested for update from the police of the outcome of its investigation so as to update the Brigade’s crime record.

On his part, ASP Igri Ewa, the assistant PPRO who received the suspect and exhibits, said further investigations will be carried out and the suspect persecuted accordingly.

The uniform belongs to his dad and his decision to use them is the highest mistake he has ever made.

Man, Wife Arrested For Conspiring To Sell Daughters For…