‘If He’s Serious, He’ll Know Where To Find The Boss’ – Anthony Joshua To Tyson Fury 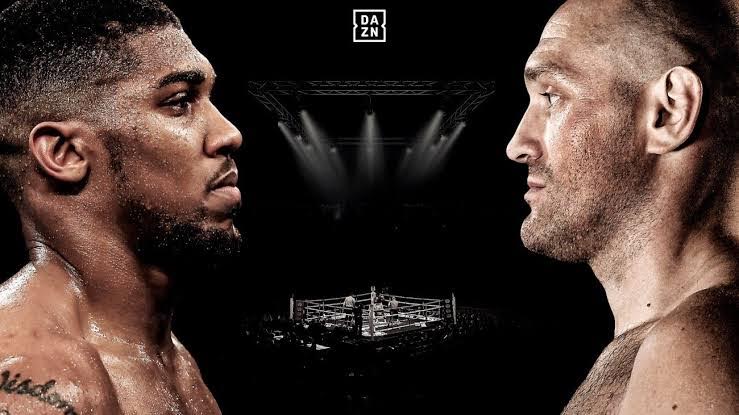 Anthony Joshua has said he is looking forward to facing Tyson Fury in a heavyweight Championship fight, telling Fury to come find him when he is ready to battle.

The Nigerian IBF, WBA and WBO title holder while speaking exclusively with Sky News in an interview insists “all options are open” for the location of his fight against Tyson fury.

Describing himself as “the boss” as talks about the fight intensifies, Joshua said;

[The pandemic] is getting close to things being normal. We are working on a date for around June. So, if Tyson is serious, which I think he is, he will know where to come and find the boss! I am ready. I am really looking forward to competition- all I want to do is fight fight fight!

Joshua and Fury’s teams are locked in negotiations to finalise the heavyweight match up that will crown the undisputed champion.

Two of the problems encountered in coming to an agreement for the fight were Deontay Wilder wanting a third fight with Fury and Joshua’s mandatory challenger Oleksandr Usyk.

When Joshua was asked if the fight was going to be in the United Kingdom, he said;

Any option. Home turf, Middle east, my back garden, your back garden. I don’t mind anywhere it is. I am just ready to fight. I want that belt. I want to compete with Fury, so all options are open to me.

However, Hearn has given an assurance that both problems have been resolved.

‘You Are Stupid’ – Actress, Ada Ameh Slams BBNaija’s Ka3na For Scolding Fan Who Tattooed Name On Her Thigh (video)