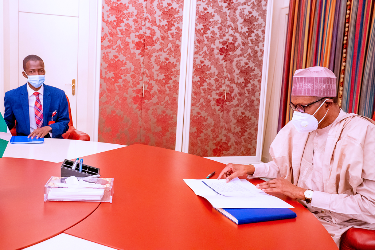 President Muhammadu Buhari has met with the new Chairman of Economic and Financial Crimes Commission, Abdulrasheed Bawa, at the Presidential Villa in Abuja on Thursday.

Though the agenda of the meeting was yet to be confirmed as at the time of filing this report, the discourse might not be unconnected with issuing mandates to the new EFCC boss, as well as familiarisation.

Minister of Justice and Attorney-General of the Federation (AGF), Abubakar Malami, joined in the meeting minutes after it commenced, according to ChannelsTV.

More details regarding the meeting are expected within the hour.

Bawa, who was nominated for the EFCC job by President Buhari, was confirmed by the Senate yesterday after a screening session.

During the screening, he addressed allegation that he sold some assets belonging to the anti-graft Commission in Port Harcourt without authorisation.

Anybody that is familiar with the processes of the EFCC knows that the chairman doesn’t have the power to sell an asset but the secretary of the agency.

See some photos from the meeting below; 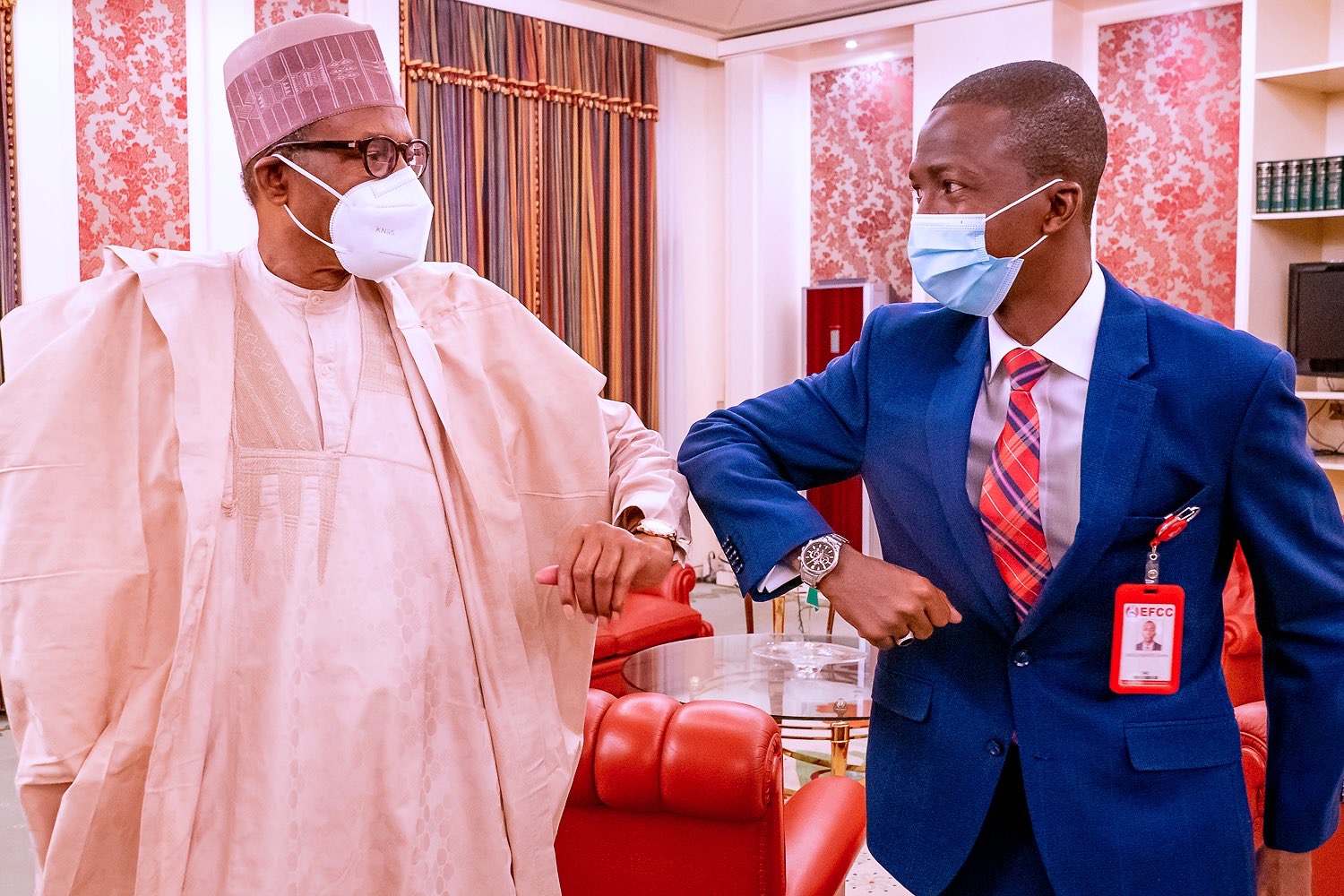 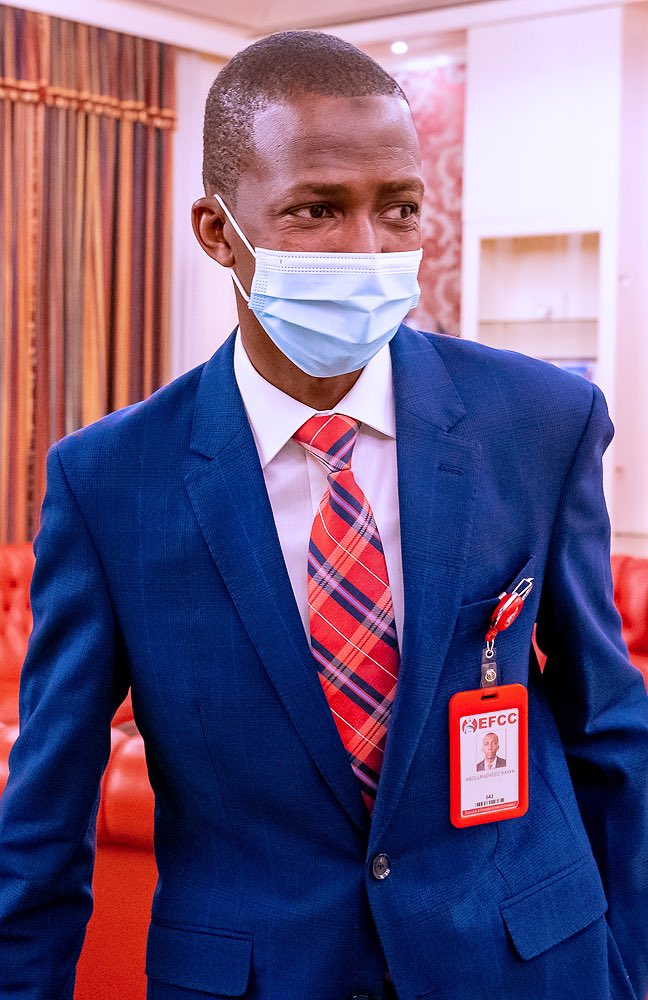