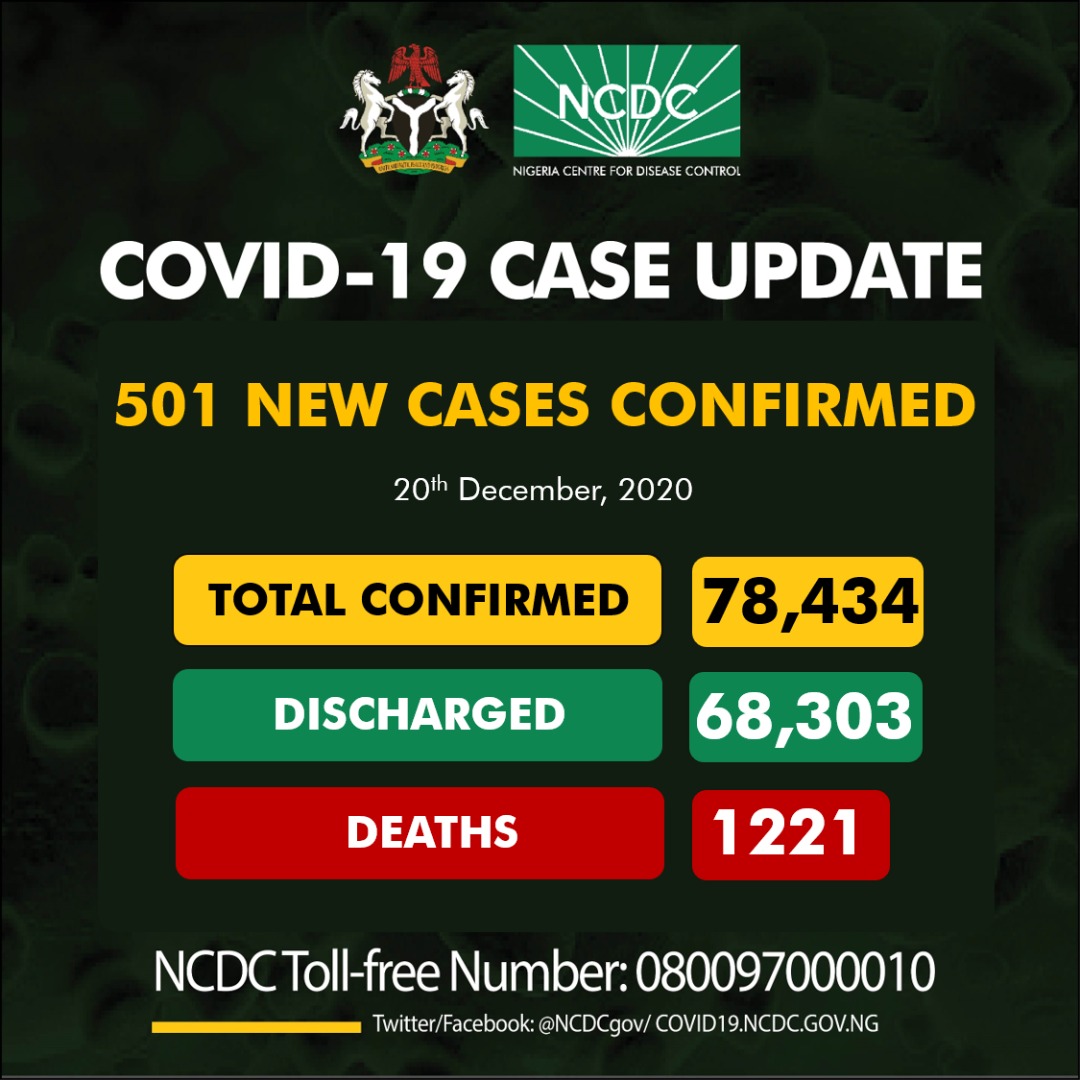 The health agency made the announcement via its Twitter page with the new cases recorded in 17 states and Federal Capital Territory (FCT).

Our discharges today include 208 community recoveries in FCT, 126 in Kaduna State and 35 in Lagos State managed in line with guidelines.

A breakdown of cases by state can be found via https://t.co/zQrpNeOfet pic.twitter.com/AlIhkWDeSZ

A total of 1,221 deaths have now been recorded thus far in Africa’s most populous country as 3 new deaths was reported in the last 24 hours.

In other news, British Health Secretary Matt Hancock on Sunday said the government has imposed a strict Christmas lockdown in London and southeast England because a new strain of the coronavirus was“out of control”.

Hancock also suggested parts of England will be stuck in the new highest tier of restrictions until a vaccine is rolled out.

The new development has caused many European countries to ban travel from the UK even as World Health Organization calls for stronger containment measures over the new strain of virus.