Metuh left the prison in Abuja today following the court judgment that voided his conviction and ordered a retrial.

It would be recalled that a federal high court in Abuja had on February 25, 2020 jailed him for 7 years after he was convicted of money laundering.

Okon Abang, the judge, found the former PDP spokesman guilty of the seven-count charge filed against him by the Economic and Financial Crimes Commission (EFCC) which accused him of illegally receiving N400 million from the office of the national security adviser.

His conviction was, however, nullified by a court of appeal on December 16.

Ruling on an appeal filed by Metuh, the appellate court held that Okon Abang, a judge, exhibited bias in the case of the former PDP spokesman.

According to the court’s decision;

The narrative of the trial judge suggest someone who didn’t enjoy trying the appellant and counsel because he said they were picking on him.

He was struggling with the case and even wished that he should be recused out of the case. The influence from this narrative is indisputably to say the least that a trial judge was angered only in his mind that he was wrongly influenced and showed bias against the appellant in this case as this is what manifests from all the outburst, he has infused in his judgment.

Spokesman, Federal Capital Territory Command of the Nigeria Correctional Service, Humphrey Chukwuedo, confirmed the development, saying; “I can confirm that Metuh has been released from custody”. 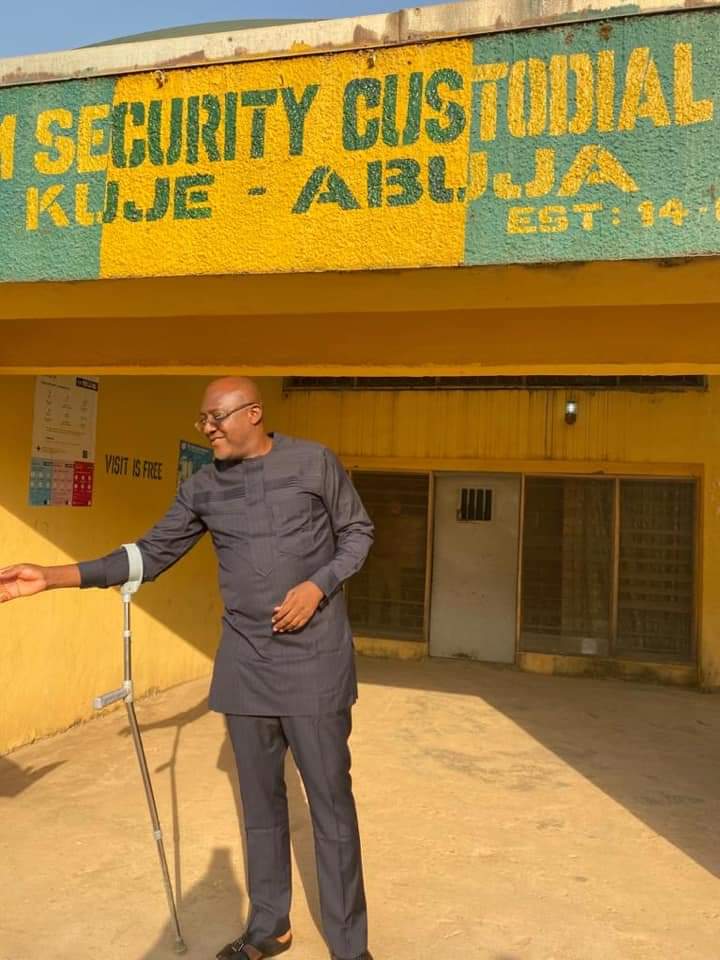 Fayose, who is the immediate past governor of Ekiti State, congratulated the former spokesman for the opposition party, saying, “Welcome back home Olisa Metuh, tough time don’t last…”

And to Justice Okon Abang, you will one day reap the rewards of the hardship and suffering your miscarriage of justice has made many Nigerians to go through. pic.twitter.com/L2IpMacm83

Wike Has Hand In Sealing Of Atiku’s Campaign Secretariat In…