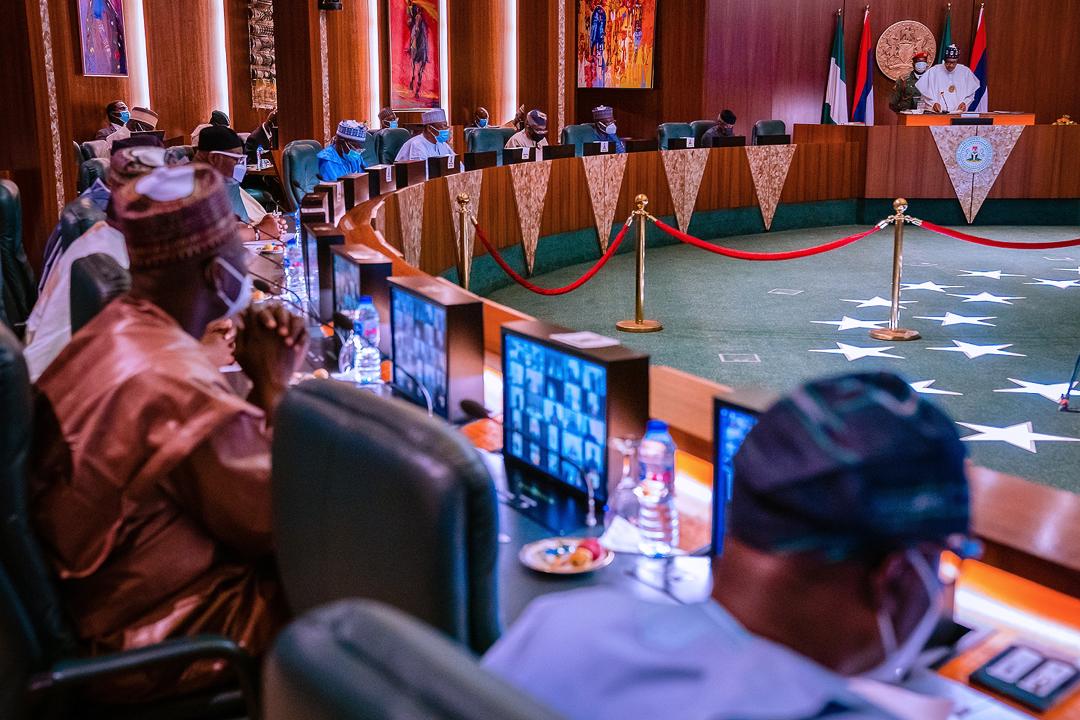 National Executive Committee (NEC) of the All Progressives Congress (APC) has on Tuesday dissolved all party organs at wards, states, local and zonal party structures.

While all party organs at polling units, wards, local governments, states and zonal levels have been dissolved by NEC, such members are to constitute caretaker committees.

The decision was taken on Tuesday December 8, after NEC meeting at the Council Chamber, Presidential Villa, Abuja.

In attendance were President Muhammadu Buhari, Vice President Yemi Osinbajo, Senate president Ahmad Lawan, and the speaker of the House of Representatives, Femi Gbajabiamila and other party chieftains.

Also during the meeting, NEC, which is the highest decision-making body of the party expelled Ntufam Hilliard Eta, former vice-chairman south-south, for failing to withdraw a suit he instituted against the caretaker committee.

In addition, NEC directed new members of APC to be granted waivers so they can contest for elections without having to wait for two years which was done previously.

Meanwhile, President Buhari during the meeting urged NEC to adopt all the proposals of the party’s caretaker committee and grant all the necessary approvals necessary to rebuild the party.

Buhari who said this in his opening remarks at the meeting of the party’s NEC today stated that the party must produce leaders who will not inherit the problems that led to the dissolution of the last national working committee of the party.

On insecurity, the committee asked the opposition Peoples Democratic Party (PDP) not to politicize the issue but to collaborate with the government to end the insurgency affecting the country.