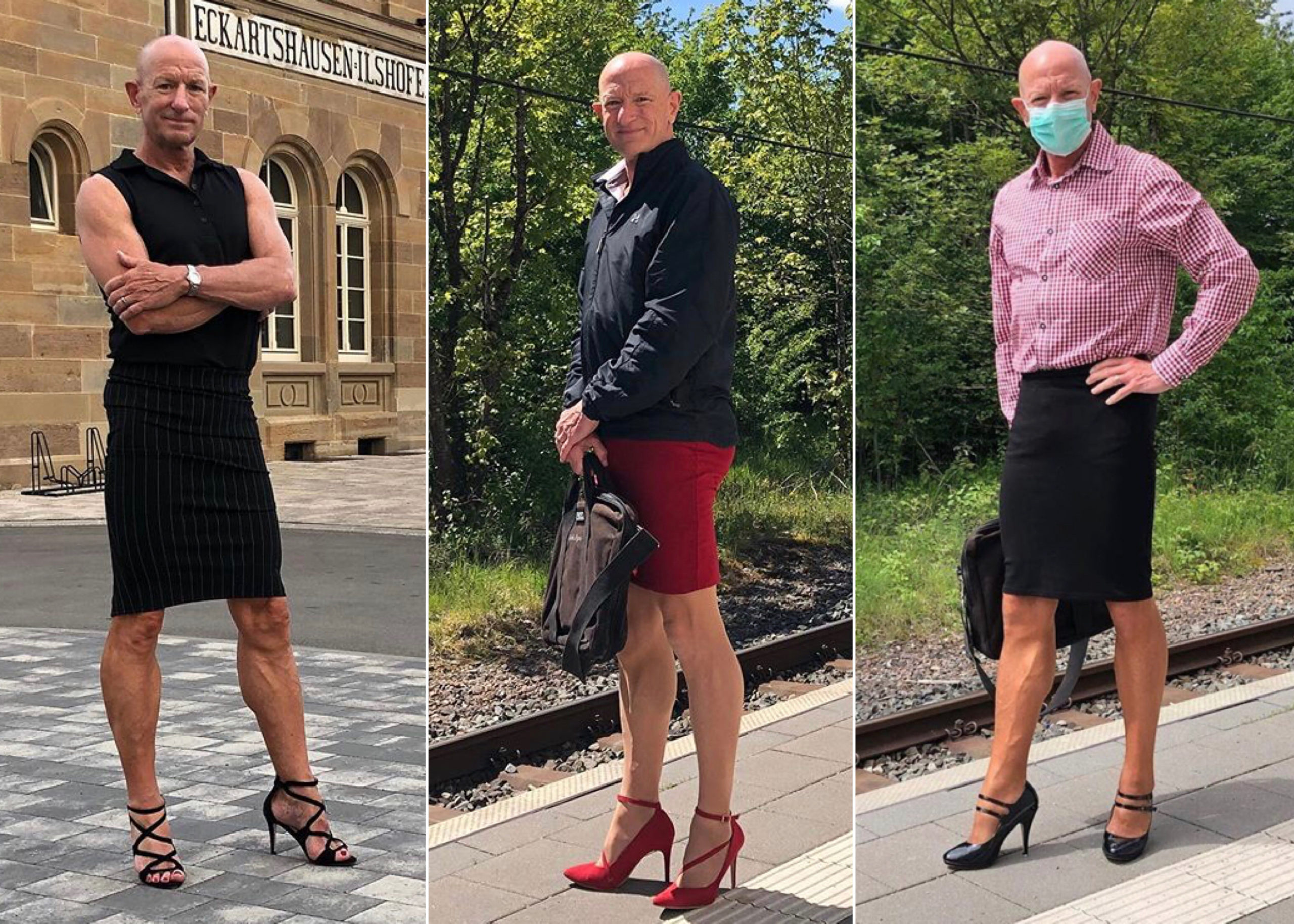 In recent years, various stereotypes in the society especially in relation to gender and fashion are being challenged and re-evaluated, in order to create a more inclusive environment for all.

In challenging a gender stereotype in the fashion industry, a married dad-of-three has been wearing clothes categorised for women in public for the past four years, to prove clothes have no gender.

Mark Bryan, a 61-year old American living in Germany, proudly dons tight skirts and high heels to the office, at the shops and even at home. 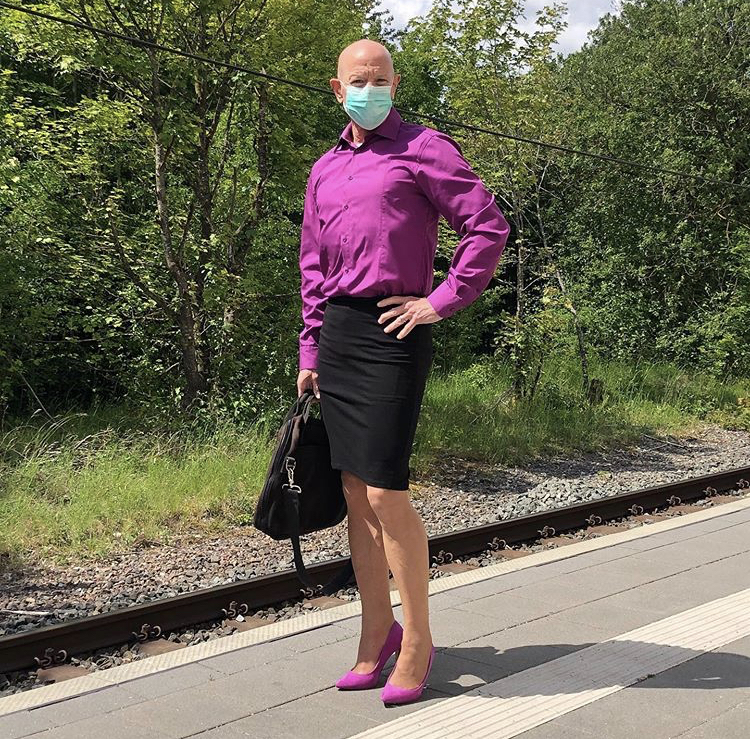 The six-foot tall robotics engineering manager who wears these clothes is determined to prove clothes and shoes have no gender.

His first experience of wearing heels was when his then-girlfriend in the university asked him to do so before he danced with her.

Bryan began wearing skirts later in life and hasn’t looked back since, saying he is determined to challenge gender stereotypes when it comes to fashion.

Bryan regularly posts photos of himself posing in his stylish outfits – often coordinating his regular male button-up collared shirts with a pair of heels to mix up what is expected for certain genders.

Typically, he will wear killer heels, plaid mini-skirts and suede boots — which he likes to pair with a mid-calf pencil skirt. 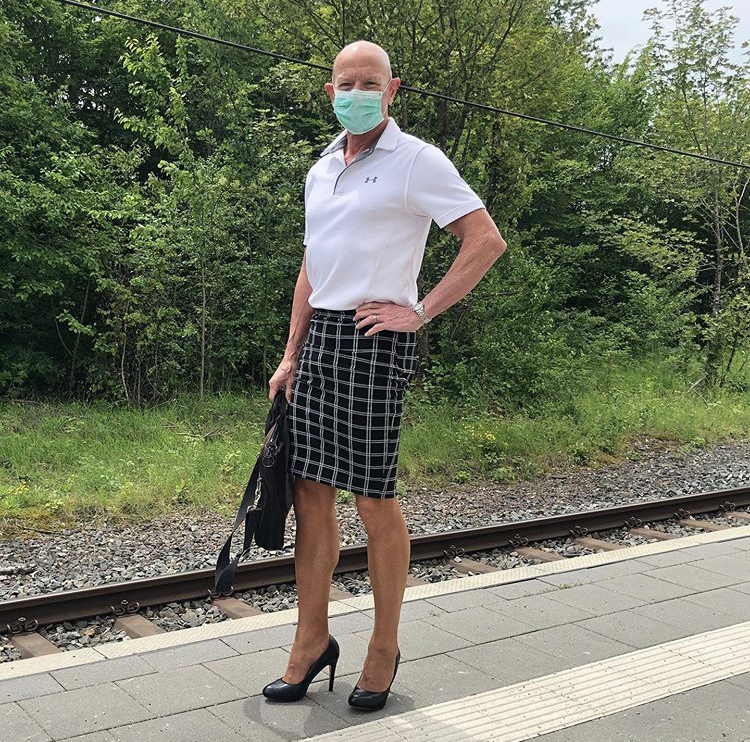 In his bio, he describes himself as a ‘straight, happily married guy that loves Porsches, beautiful women and incorporating heels and skirts into my daily wardrobe’.

The father of three, in an interview with Bored Panda, said he dresses that way “because he can” and his wife of 12 years and children are fully supportive of his outfits.

Bryan expressed that with stereotypical “male” trousers there are only a few options, but with skirts, there are more colours and styles, which inspired him to expand his wardrobe. 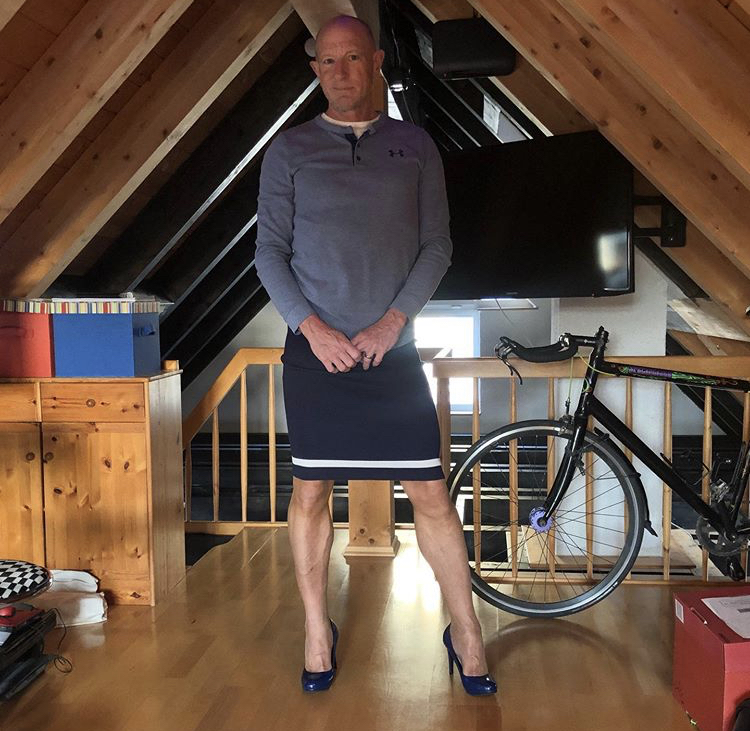 The engineer recalled when it was unusual for girls at school to wear trousers – but they’ve now become a non-gendered item of clothing.

Speaking further, the father of three expressed that heels make him feel empowered and not conforming to stereotypes has given him confidence and strength. 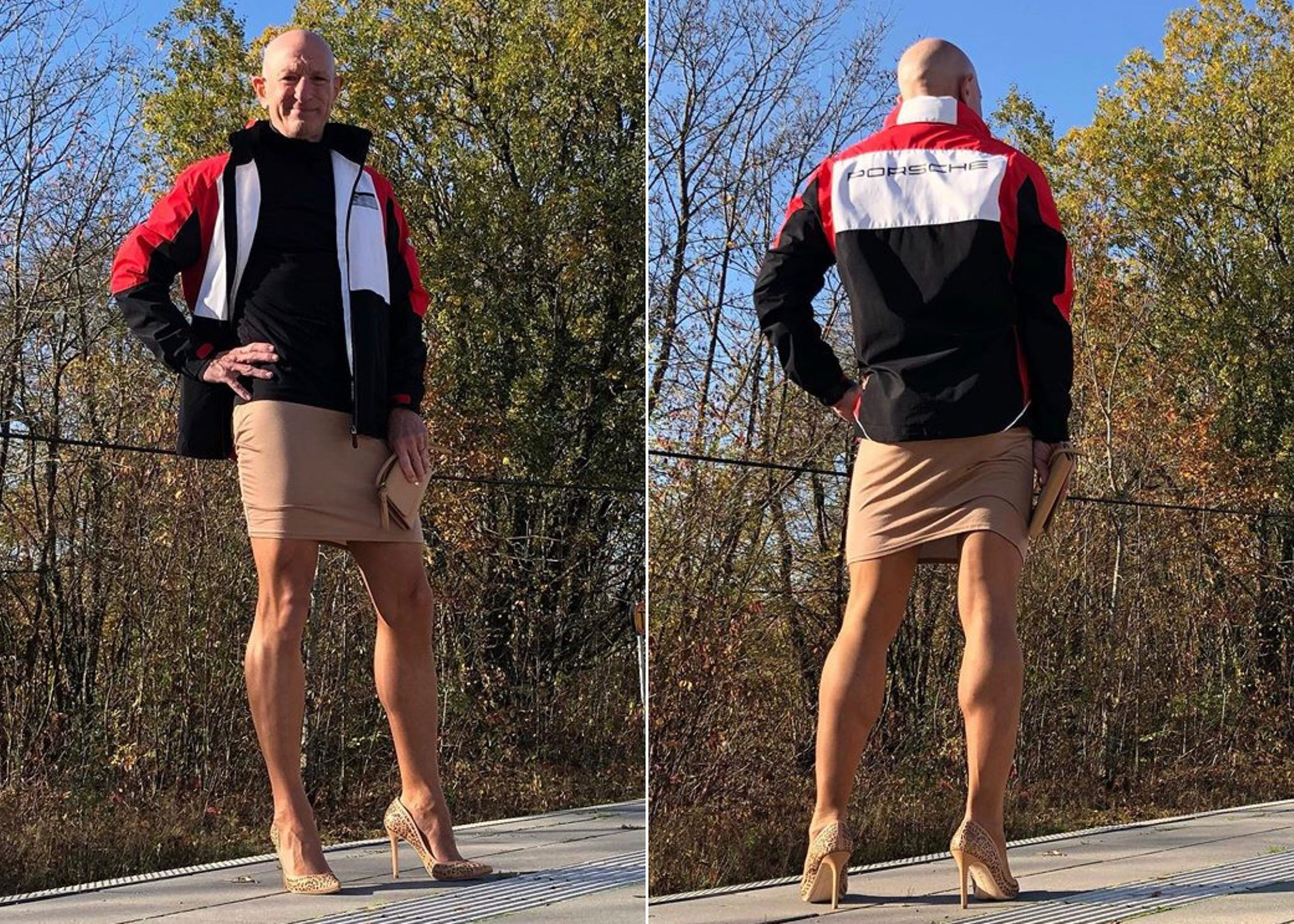 Bryan who is a head coach of a football team noted;

I dress like this because I can. Just to be different. I have always admired the women that wore tight skirts and heels. Not sexually, but the power they presented. I don’t dress to be sexual, but to dress like any professional woman would. To me, clothes have no gender.

He revealed that his favourite style of dressing is a pencil skirt and five inch stiletto, saying that he loves the way they make him feel.

Several people have questioned Bryan’s sexuality as it pertains to his choice of clothing but he said;

Most of the time, I’ll tell them it’s none of their business. Other times, I’ll just say, I’m straight.

There are times I’ll go off on some, mostly men, when asked. I’ll respond with something like ‘Do you ask a women wearing a skirt and heels her sexual preferences?

His wife helps him pick out his outfits while his daughter often wishes she could borrow his shoes, although they are too big.

Even during the pandemic — when many working from home have been dressing in casual clothes — he chose to maintain standards with smart women’s business attire.