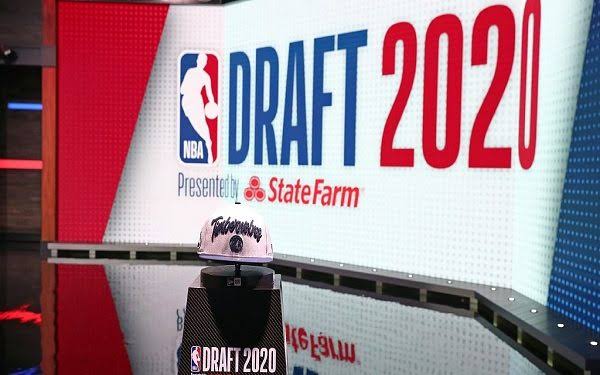 Eight players of Nigerian descents – with two born in the country – have been drafted into National Basketball Association (NBA), making it an historic moment for Nigeria.

NBA draft is an annual event in which the teams from the National Basketball Association (NBA) can draft in players who are eligible and wish to join the league. These are typically university basketball players, but international players are also eligible to be drafted.

NBA in a tweet in the early hours of Thursday announced that Nigeria is well represented in the 2020 draft.

Nigeria is well represented in this year’s draft class! 🇳🇬

The draws, which held in the early hours of Thursday, saw Isaac Okoro who was born in the USA to Nigerian parents become the highest drafted player with Nigerian roots since Michael Olowokandi was drafted number one overall by LA Clippers in 1998.

The 19-year-old Forward from Auburn was selected number five overall by the Cleveland Cavaliers.

Onyeka Okongwu was selected with the number six pick by the Atlanta Hawks, a moment which triggered deep emotions as the 20-year-old paid tribute to his older brother, Nnamdi, who died after a skateboarding accident in 2014.

With the No. 6️⃣ pick the Atlanta Hawks select, @BigO21_!#TrueToAtlanta pic.twitter.com/Za3N4Fhtg9

Onyeka Okongwu teared up after being selected by the Hawks at No. 6 🙏#NBADraft pic.twitter.com/sJDnHQxs1T

Precious Achiuwa, who was born in Nigeria but moved to the USA as a teenager, was taken by the Miami Heat with the number twenty pick.

The 21-year-old Power Forward joins countryman and D’Tigers player Gabe Vincent as well as Bam Adebayo, Andre Iguodala and Kezie Okpala who are of Nigerian descent at the Heat which reached the NBA finals last season.

An excited Pat Riley who heads basketball operations at the Heat speaking about selecting Achiuwa, expressed;

He’s an explosive player. He plays above the rim. We were very impressed with him. He was in our wheel house, we were very excited to select him. We think we have probably one of the most underrated players in the draft and he may be the most athletic player in the draft.

We are very excited to have him. We think he fits in perfectly. I’m excited that at 20 we were able to find a player who is that good and who has that kind of quality.

Piano-playing 19-year-old Centre, Zeke Nnaji who donned Nigerian attire during the ceremony, whose father Apham, was born in Nigeria, was drafted with the number 22 pick by Denver Nuggets.

All glory to The Most High🙏🏽🇳🇬✊🏽 I’m coming ready to work!! pic.twitter.com/cXYnNwYjak

Born in Lagos, 7ft tall centre Udoka Azubuike was selected by the Utah Jazz as the 27th pick.

Desmond Bane whose father, Etieno Ekiko was born in Nigeria, rounded off the first round picks as he was selected 30th overall by the Boston Celtics who then traded him to the Memphis Grizzlies.

With the 30th pick, the Grizzlies select Desmond Bane @brhoops

Final pick of the first round. pic.twitter.com/5zqrKbSLaJ

Daniel Oturu, whose parents emigrated to the United States from Nigeria in 1990, was selected by the Minnesota Timberwolves in the second round at number 33.

The 21-year-old Power Forward, whose father Francis played table tennis for Nigeria joins fellow American-born Nigerian, Josh Okogie who plays for the D’Tigers at the Timberwolves.

Rounding off the historic draft night for Nigeria was D’Tigers player, Jordan Nwora who was drafted with the 45th pick by the Milwaukee Bucks.

He won’t be the only player with Nigerian heritage at the Bucks as he joins two-time reigning league MVP, Giannis Antetokounmpo at Milwaukee.

This is gonna be fun.