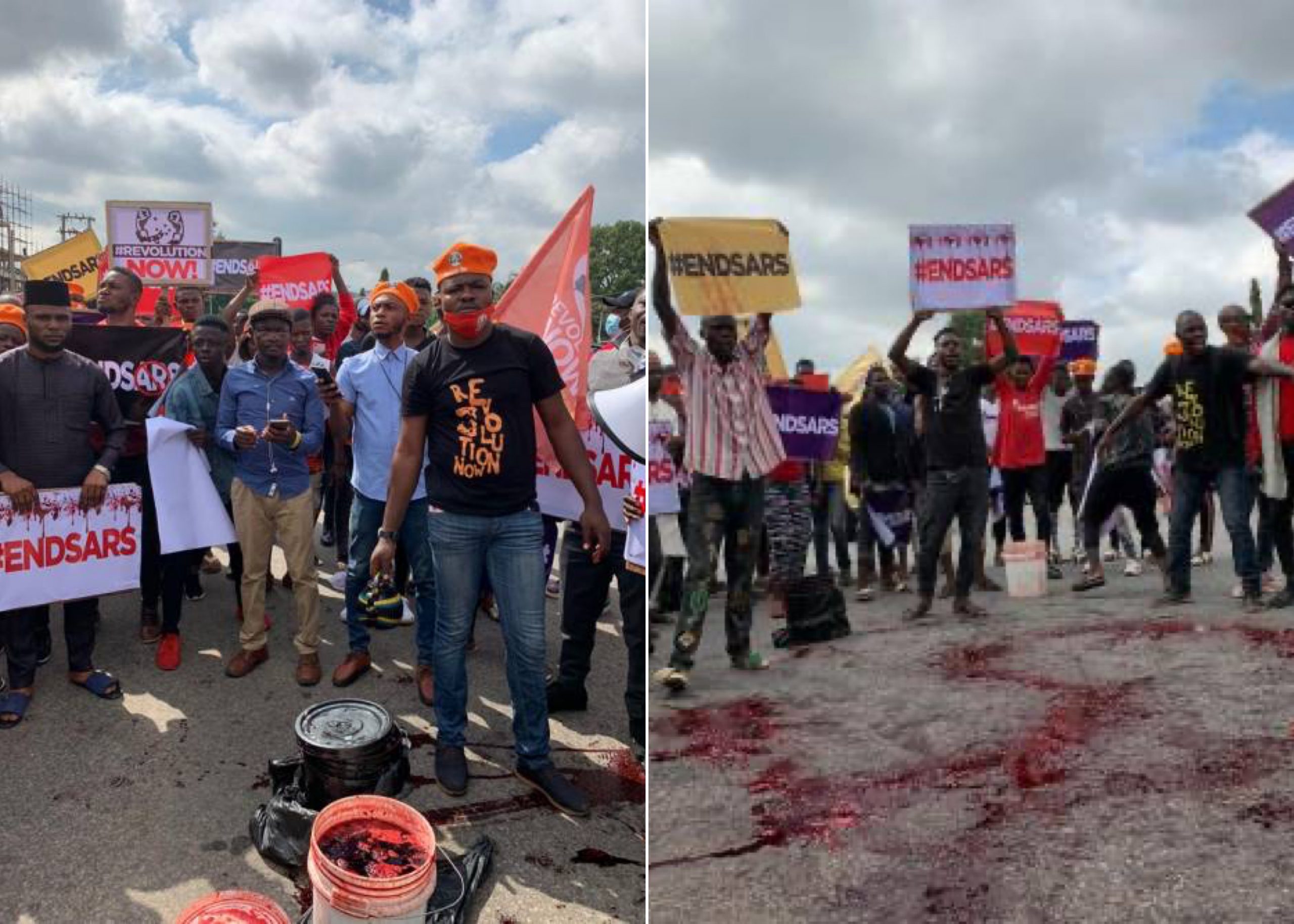 Protesters demanding the disbandment of the Special Anti-Robbery Squad (SARS) have besieged the force headquarters, Abuja.

They also wielded placards with the same inscription. Some of the inscriptions on the placards read ‘Protect not exploit’, ‘Nigeria police stop killing us’, and ‘say no to brutal injustice’ among others

The protest is part of the push for the reform of the police system to put an end to the extra-judicial activities of the agency.

The protesters poured red paint on the road to illustrate the killings and bloodshed by SARS operatives, many of whom have been indicted for rights violations, including extra-judicial killings, extortion, illegal detention and other misconduct. 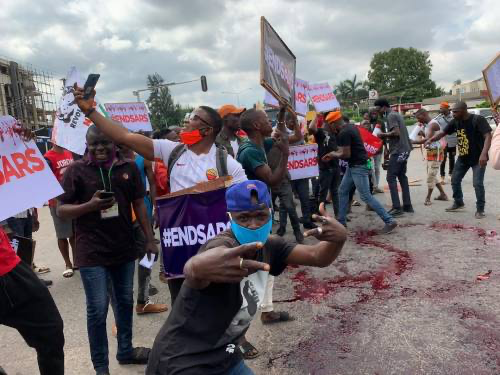 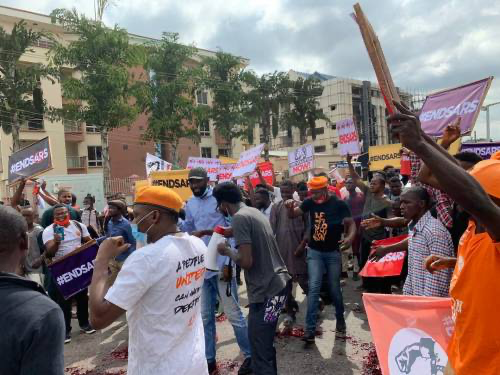 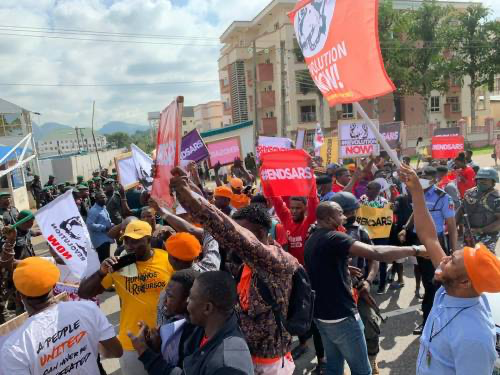 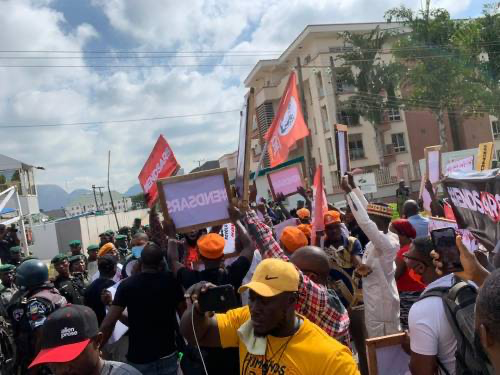 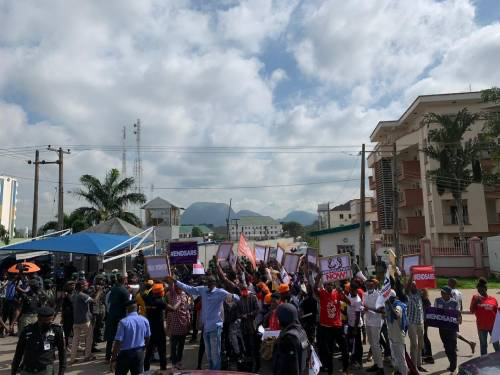 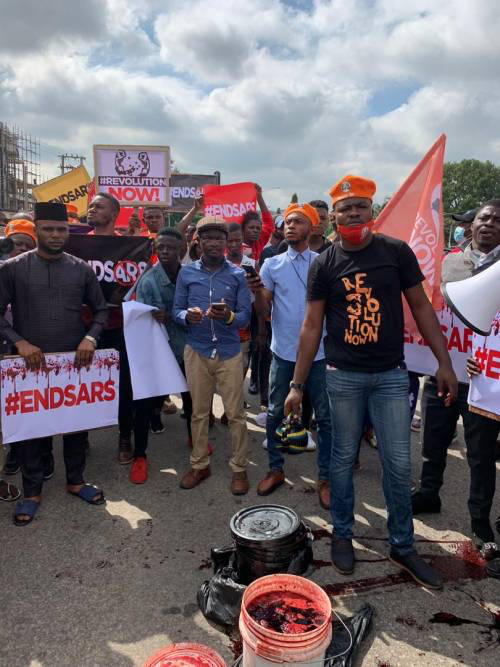