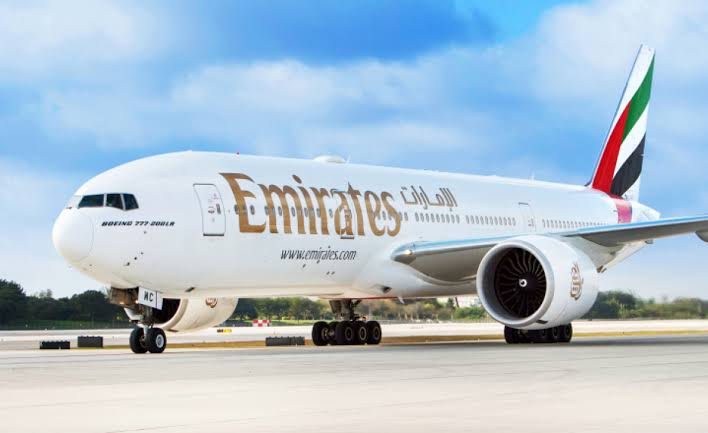 Minister of Aviation, Senator Hadi Sirika explained late yesterday that the airline has been included in the list of airlines not allowed to operate in Nigeria as part of measures to curb the spread of coronavirus in the country.

Sirika made this known via his Twitter handle and said the decision was taken after a meeting between members of the Presidential Task Force on COVID-19 and European Union Ambassadors.

According to Sirika, the ban will take effect from Monday, September 21, 2020.

The PTF sub-committee met today with EU Ambassadors to discuss Lufthansa, Air France/KLM ban. The meeting progressed well. Emirates Airlines’ situation was reviewed and they are consequently included in the list of those not approved, with effect from Monday, September 21, 2020.

The PTF sub committee met today with EU Ambassadors to discuss Lufthansa, Air France/KLM ban. The meeting progressed well. Emirates Airlines’s situation was reviewed & they are consequently included in the list of those not approved, with effect from Monday the 21st Sept. 2020🇳🇬

EU Ambassadors decided to meet with FG over European carriers, which Nigeria barred from operating into the country in accordance to its policy on COVID-19 protocols and diplomatic principles.

FG before the reopening of international flight on September 5, 2020 made it clear that it would reciprocate the gesture of countries that barred Nigerians from their shores and has maintained the policy so far.

According to Emirates source who spoke to THISDAY, the reason why the FG took that decision was because the United Arab Emirates (UAE) had not yet started issuing visas to Nigerians, but that would be resolved before the Monday date when the ban would take effect.

Cabo Verde and South African airlines were also denied approval as international flights had yet to resume in their countries.