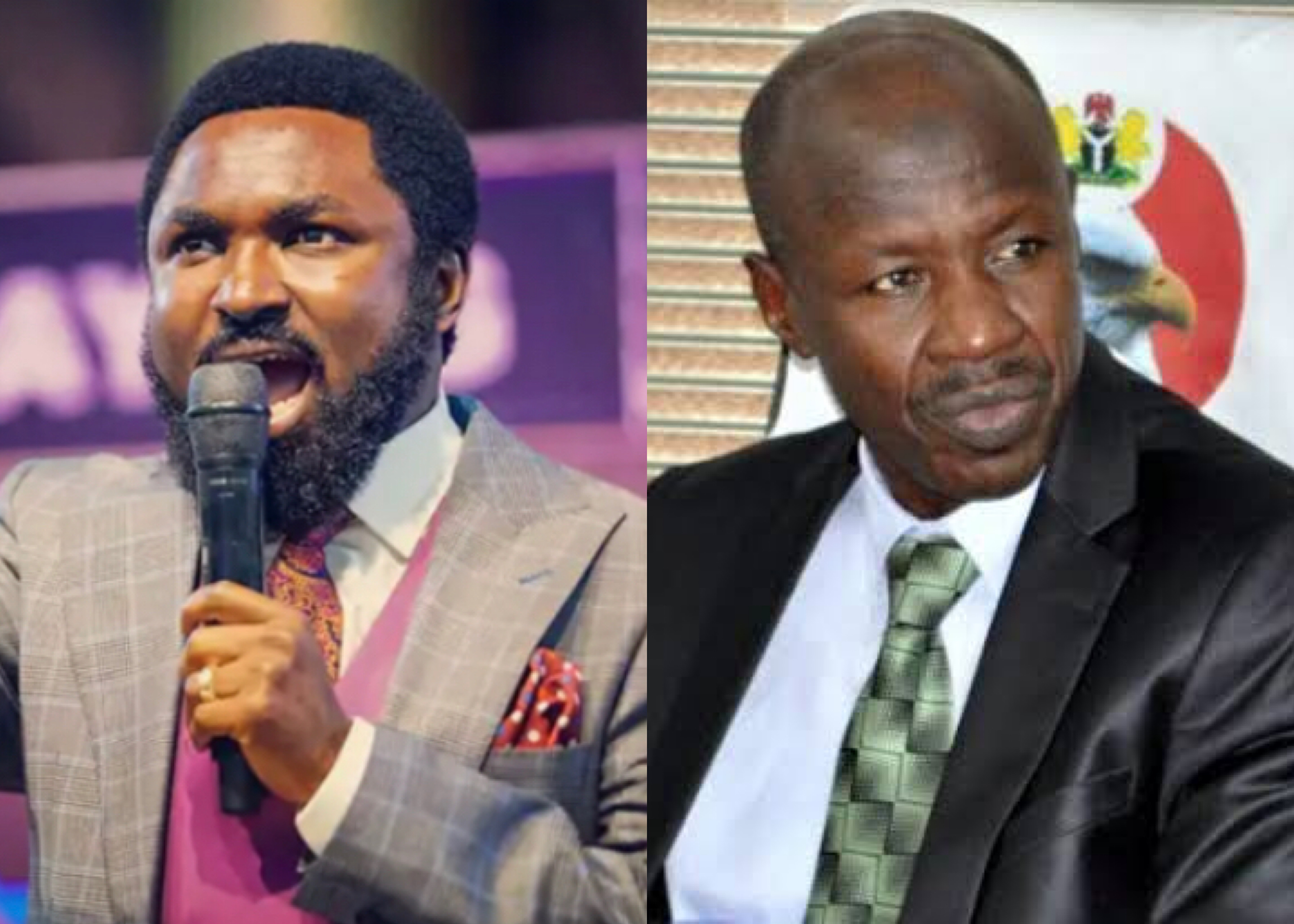 Emmanuel Omale, founder of the Divine Hand of God Prophetic Ministry, Abuja, has said he will not deny Ibrahim Magu, suspended acting chairman of the Economic and Financial Crimes Commission (EFCC), because he is a prophet sent to everyone and not just Christians.

Magu is being investigated for allegedly mismanaging loot recovered by the anti-graft agency.

According to the Presidential Committee on Audit of Recovered Assets (PCARA), the former acting chairman allegedly purchased a property in Dubai using Omale’s name.

In his first reaction to the allegation, Prophet Omale in a letter which was signed by his lawyer, Chief Gordy Uche (SAN) said he indeed met Magu in Dubai earlier in the year but it was not for the purpose of purchasing a property.

He revealed that the suspended EFCC boss had travelled to Dubai for medical reasons and he only prayed with him.

Prophet Omale has in a sermon to his congregation given more details into his relationship with Magu.

He said he does not launder money for anyone and described the allegation “as a lie from the pit of hell”.

The pastor said Magu is not the only Muslim who have come to his church and got “results”.

You see what is going on, on social media. Listen, I don’t launder money for anybody, it is a lie from the pit of hell, I have sons all over the world and I pray for them. They call me for advice, for counselling and I pray for them and beyond.

This altar is for everybody. It is for Muslims, it is for pagans and Ibrahim Magu is not the only Muslim that you used to come here, sleep here, talk to God and they have result. I am not surprised, Jesus went through this, Jesus was persecuted, if Jesus was not persecuted they won’t hear his name. People that don’t know Omale, know Omale now. If I want to do this kind of publicity, the money is much all over the world, promotion. People that don’t want to hear about pastor before, as they heard ‘pastor launder money’, they will go to my YouTube page and they will see the power of God there and they will become my son again.

The pastor said anyone fighting him is fighting Jesus, stressing;

Prophet Omale is a prophet of liberation, give the Lord a big hand (applause). If you are Muslim in this building, outside, can you stand up? Come out here, I want to pray for you. I’m a prophet to everybody. Omale is not for only Christians, Omale is for Muslims, is for pagans is for everybody. This is a house of God, we don’t force people to give their lives to Christ. Prophet Omale represents Jesus on earth. If you fight me, you are fighting Jesus.

Magu was arrested on Monday, July 6, 2020 by operatives of the Force Criminal Investigation Department (FCID) for interrogation by a presidential panel, over allegations bordering on corruption, abuse of office and insubordination.

He was later released on Wednesday, July 15 after 10 days of being in detention.

Watch video of Prophet Omale speaking to his congregation;

#ProphetOmale said the stories linking him with Ibrahim Magu are lies from a pit of hell.pic.twitter.com/AtYvmXbl1A