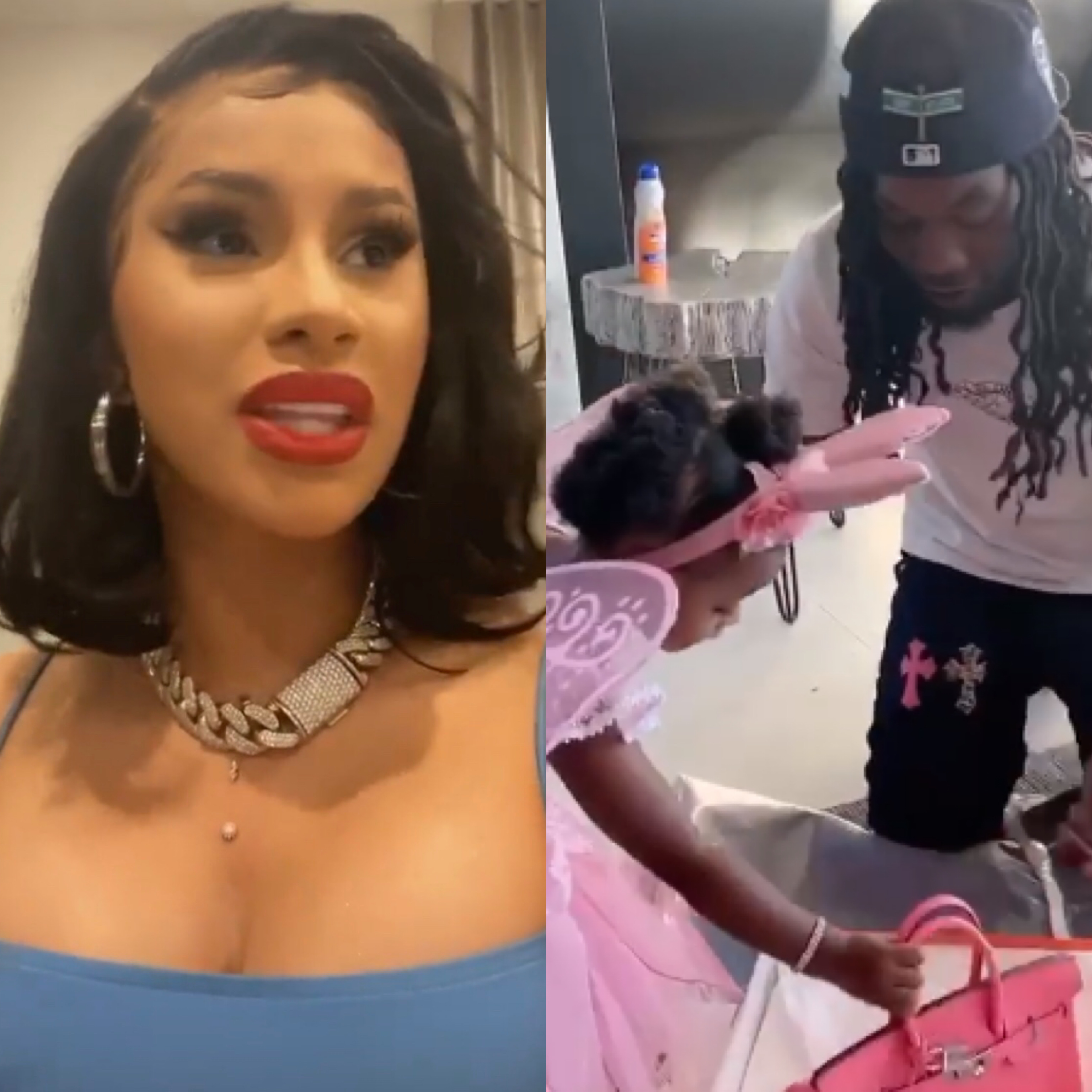 Rapper Cardi B has defended her husband Offset after he came under fire for gifting their daughter Kulture a Birkin bag on her 2nd birthday.

On Wednesday, Offset shared a video of himself unboxing their daughter’s belated birthday present – a mini pink Birkin bag which retails from $8,000.

Subsequently, many fans called him out, stating that the children do not appreciate expensive gifts but would preferred a Barbie doll.

Cardi B replied one of such commenters, saying; “She got all the Barbie d.” 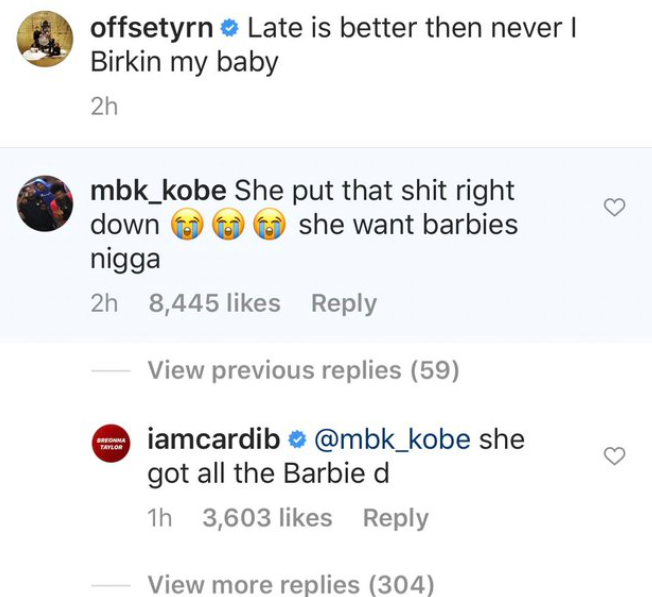 However, Grammy award winner, who is known for being unapologetic, later addressed the topic of their recent extravagant purchase in a video stating that they have expensive taste.

In the video, Cardi B told her 70.6million Instagram followers that; ‘it is not up to what the kids like.’

The 27-year-old insisted that her daughter needs the bag, telling her followers;

Yea, kids only care about toys and candy. But the thing is, kids also go outside. Kids go to restaurants, kids go to fancy places. Celebrity kids, they go do red carpets.

And if I’m fly, and daddy’s fly, then so is the kid. If I’m wearing Cha-nay-nay, my kid’s having the same thing. It’s not up to what the kids like. If it was the kids, they’d be outside in diapers.

No, cause if I was looking like a bad b***h, expensive b***h, and I had my kid looking like a bum bum, then y’all would be talking s***. So, I’m not mad that daddy bought baby a Birkin. She gonna match mommy.