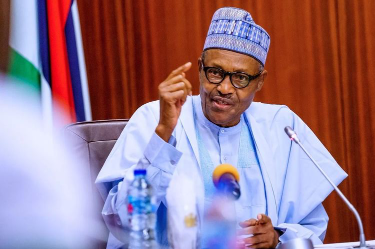 President Muhammadu Buhari has directed security and investigating agencies to liaise with the National Assembly to ensure accountability in the management of enormous resources dedicated to the development of the Niger Delta sub-region.

This is in his reaction to the unfolding drama, which include attacks and counter attacks between and around persons, institutions, and the Niger Delta Development Commission (NCDC).

President Buhari expressed his strong determination to get to the root of the problem undermining the development of the Niger Delta and its peoples.

The President said this in a statement by Senior Special Assistant to the President on Media and Publicity, Garba Shehu, on Thursday.

Buhari stated that auditing firms and investigative agencies working in collaboration with National Assembly committees to resolve the challenges in the NDDC must initiate actions in a time-bound manner and duly inform the Presidency of the actions being taken.

He said the presidential directive demands better coordination among the groups;

To ensure that the administration’s effort to bring sanity, transparency and accountability to the management of the large amount of resources dedicated to development of the Niger Delta sub-region is not derailed.

President Buhari expressed his strong determination to get to the root of the problem undermining the development of the Niger Delta and its peoples in spite of enormous national resources voted year after year for this singular purpose.

The President also directed timely sharing of information and knowledge in a way to speedily assist the administration to diagnose what had gone wrong in the past and what needs to be done to make corrections in order to return the NDDC to its original mandate of making life better for people in Niger Delta.

President Buhari said the administration wants to bring about rapid, even and sustainable development to the region.

The President gave firm assurance that his administration would put in place a transparent and accountable governance framework not only in the NDDC but in all other institutions of government.

In October, Buhari ordered a forensic audit of the commission from its inception in 2001 till 2019.

Since the auditing process began, the agency has been under the spotlight, with allegations and counter-allegations, especially between Joy Nunieh, NDDC former managing director, and Godswill Akpabio, minister of Niger Delta Affairs.

Nunieh alleged that Akpabio asked her to change the dollars in the NDDC account; sack the head of the legal team who is from the north; remove all directors who refused to follow his instructions and also to implicate Peter Nwaoboshi, chairman of the senate committee on NDDC.

The ex-NDDC MD also accused the minister of sexual harassment, budget padding, awarding 30 contracts — but Akpabio denied all the allegations.

Earlier today, MDB reported how policemen laid siege to Nunieh’s residence hours to her appearance before a national assembly panel investigating the NDDC.

Wike subsequently intervened and help Nunieh out of the house arrest.

Zainab Aliyu, Lady Who Was Rescued Four Months After Being Wrongly Jailed In Saudi Arabia For Drug Possession, Completes NYSC