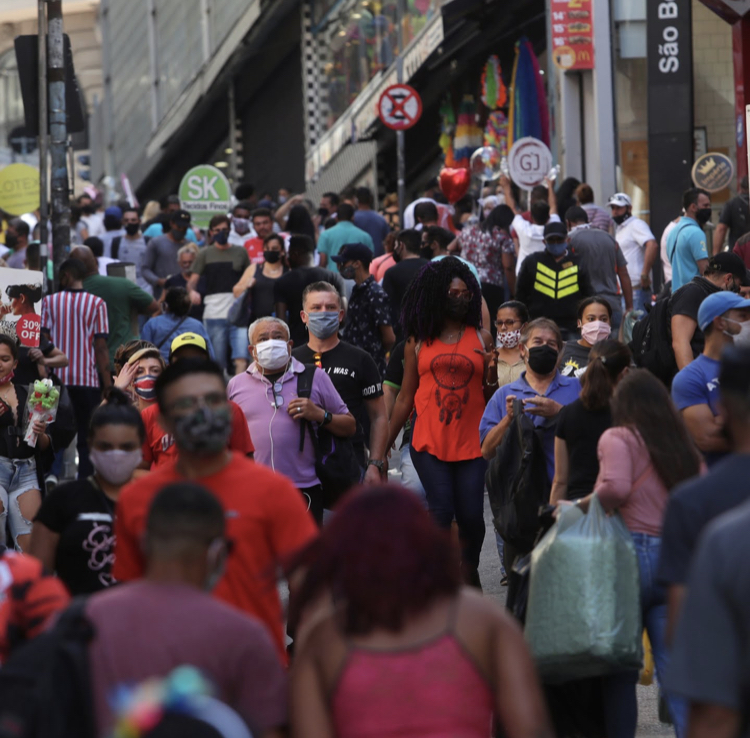 Brazil has on Friday became the second country in the world to pass one million coronavirus cases after recording a staggering 54,771 cases in 24 hours.

The United States remains the country with the highest number of reported cases, having more than 2.2 million infections.

According to Brazil’s health officials, half of the increase was due to delayed reporting in three states, including São Paulo.

In addition, there were more than 1,200 deaths for the fourth consecutive day, taking the total death toll to nearly 49,000, second to casualties in United States – 121,407.

If the death rate trend in Brazil continues, some epidemiologists project that the death toll in the country could surpass that of United States by late July.

Latin America has become an epicenter of the coronavirus pandemic in recent weeks, largely because of Brazil’s ballooning cases.

The country’s response to the crisis has been widely criticized at home and abroad.

President Jair Bolsonaro of Brazil has constantly dismissed the danger posed by the virus, sabotaged quarantine measures adopted at the state level and called on Brazilians to continue working to keep the economy from collapsing.

The numbers were later brought back after a Supreme Court justice ordered the government to stop suppressing the data.

Hours before the new case numbers were announced on Friday, the Ministry of Health presented a new plan with guidelines on how local officials could safely resume activities in cities and states.

Sex Trafficking Trial: R. Kelly Not Expected To Testify In Defence As Prosecutors…

Violators Of COVID-19 Travel Advisory Will Be Grounded For…

Mother Of One Dies After Undergoing Butt Lift Surgery At…