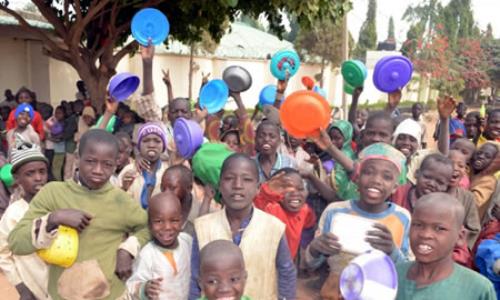 Ohanaeze Ndigbo, the Igbo National Council (INC) and the Anambra State Association of Town Unions (ASATU) have on Tuesday called for a halt to the influx of almajiris into the southeast states.

The Ohanaeze Ndigbo Youth has also kicked against the development.

These igbo socio-cultural organizations lamented the increasing relocation of the Almajiris to the Southeast despite the interstate travel ban by the Federal Government, vowing to resist the relocation.

The groups accused security agencies of making mockery of the interstate travel ban by allowing free movement of the Almajiris.

Ohanaeze President in Anambra State, Chief Damian Okeke-Ogene, said Igbos are to protect themselves since the Federal Government “failed to effectively enforce its order.”

The Federal Government is not ready to protect us. We must take our security in our hands. No other person can do that. We’re ready and we warn those without a mission in the state to find alternative abode. This state can’t contain us and them.

The INC also described the relocation of the Amajirai to the Southeast as an assault on Igbo people.

INC President, Chilos Confident urged Igbo leaders to activate their vigilante outfits and initiate an identification exercise in their communities.

We also enjoin the vigilante groups to commence regular combing and security of all the forests of our communities. INC will do everything possible to protect the citizens and territories of the Igbo nation-states.

On his part, ASATU National President Chief Alex Onukwue wondered why the Almajirai were moving to the Southeast rather than returning to their states of origin.

On behalf of all the communities of Anambra State, we express our disgust and total disappointment with ongoing wicked efforts by some desperate citizens, who are engaged in the wicked act of shipping strange persons from Northern Nigeria to the South, Anambra State and the Southeast inclusive.

We wish to warn that should this callous business of shipping strange persons continue, Almajirai or not, from the North or elsewhere to Anambra State in light of COVID-19 restrictions, the communities of Anambra State will be left with no choice than to confront the situation with all the seriousness it deserves. We can no longer take it as child’s play.

Whosoever that is or are behind this wickedness must refrain from doing so immediately.

Also reacting was Ohanaeze youths National Deputy President, Dr Kingsly Dozie, who urged the Southeast states to ensure the Almajirai return to where they came from.

We will no longer tolerate the sabotage by security operatives who should man our borders and stop the influx of the Almajiris, including suspected Boko Haram extremists. We are engaging our youth vigilante groups to take charge of the borders. Enough is enough.

The repatriation of almajiris has been a controversial issue since interstate travel ban was imposed across the country. In accordance to the ban, many Northern governments have rejected the entry into their states, leaving many almajiris stranded.