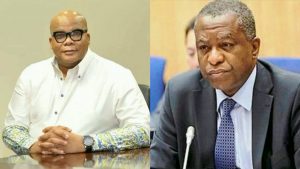 The envoy was expected to meet with the minister by 11:00 a.m. on Tuesday.

Onyema was also scheduled to meet with his SA counterpart to discuss the escalating xenophobic attacks.

Kimiebi Ebenfa, a senior official with Ministry Of Foreign Affairs confirmed the development.

“I am directed to inform you that the  Minister of Foreign Affairs has summoned the High Commissioner of South Africa for a meeting this morning by 11. The meeting was confirmed a few minutes ago.”

Onyema had said that the Federal Government would take “definitive measures” in the aftermath of xenophobic attacks on Nigerians in South Africa.

He was, however, silent on the measures that would be taken over the increasing violence against Nigerians and other foreigners in the country.

He described the attackers as mindless criminals, noting that the police intervention was ineffective.

Onyeama said this on Monday on his verified Twitter handle in reaction to the burning of Nigerian property by South Africans in Johannesburg, Marvel, Turfontein and Jamestown, on Sunday night.

“Received sickening and depressing news of continued burning and looting of Nigerian shops and premises in #SouthAfrica by mindless criminals with ineffective police protection. Enough is enough. We will take definitive measures.”

The latest attacks on foreigners in South Africa started last week after a taxi driver was murdered by an alleged drug dealer in Pretoria.

Speculations that the alleged killer was a Nigerian sparked protests, looting and burning of foreign-owned businesses.

The police had struggled to bring the attacks under control.