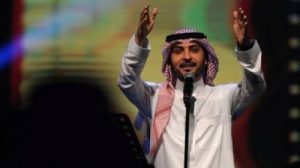 A Saudi Arabia girl has been arrested for hugging a singer at a concert in the Saudi city of Ta’if, police said on Saturday.

The audience at the concert of Saudi-Iraqi singer Majid Al Mohandes was astonished on Friday night when the girl stormed the stage and hugged the celebrated entertainer, reports Gulfnews.

The offender was arrested and placed in a girl care institution and will be referred to prosecution, a police spokesman said, according to Saudi news site Sabq.

“The girl had committed a deed incriminated in the anti-harassment act,” the official added, referring to a law adopted in the kingdom in May.

If convicted, the girl could face up to two years in jail and a fine of 100,000 Saudi riyals, according to the Saudi newspaper Okaz. Neither the name nor age of the girl was disclosed.

A video went viral online purportedly showing a girl wearing a black head-to-toe veil rushing to the stage where Al Mohandes was performing and hugging him before his bodyguards took her away. The concert was part of a famous Saudi festival known as Okaz Souq.

The girl’s behaviour has triggered an outcry on social media.