The award organizers made the change after Nigerian music video director, TG Omori called them out for crediting the artiste of the nominated music videos instead of the music directors in the music video category of the 2023 Sound City MVP.

TG Omori described the decision as an insult to the music directors who were overlooked in the only category they were eligible for.

He further stated that the snub was more painful because Soundcity is a TV station whose primary content revolves around music videos.

Read his outburst below. 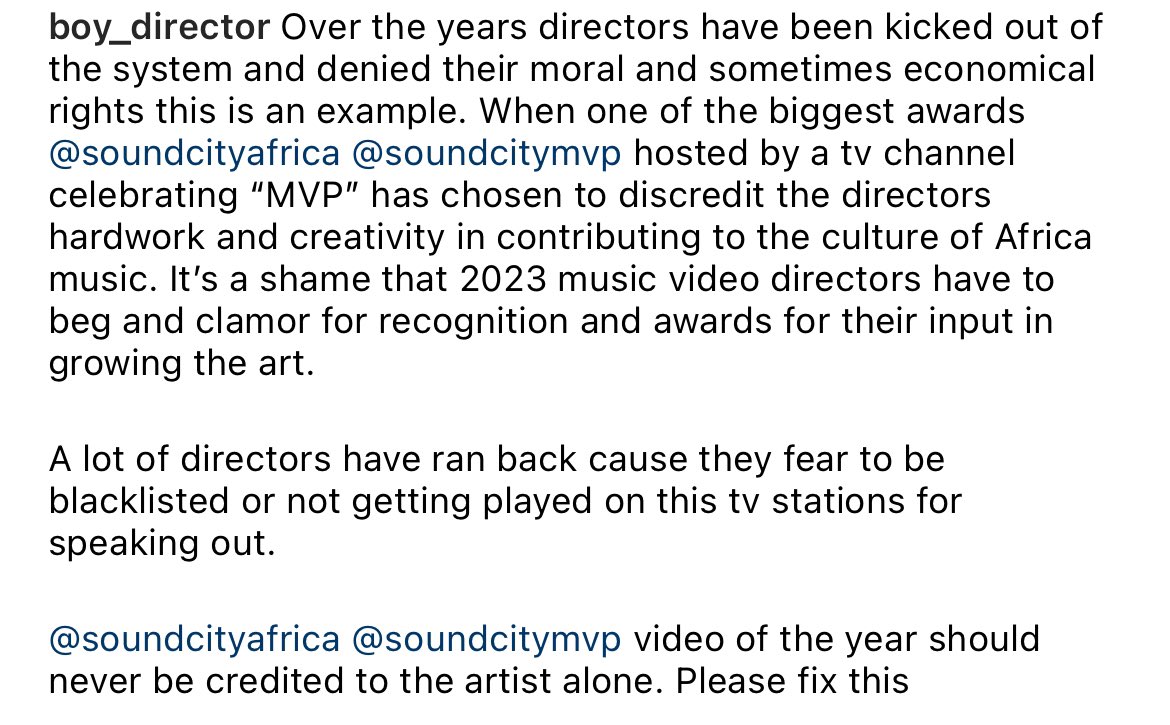 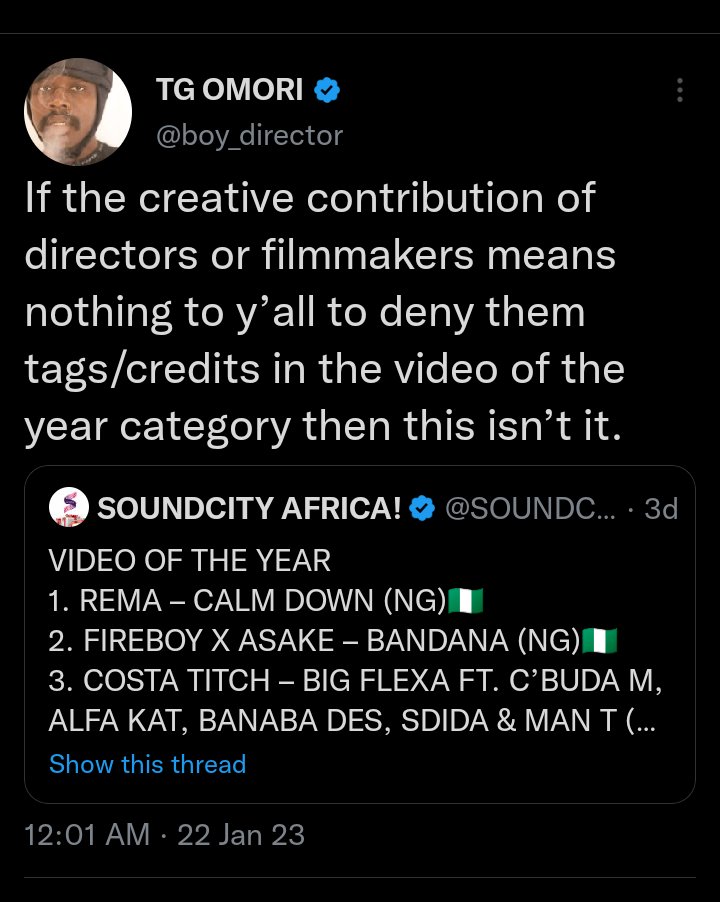 On Monday, 23rd January 2023, Sound City made changes to the music video category as they credited the music directors.

See the updated version below.

TG Omori has since reacted to the correction via his Instagram stories.

TG Omori stated that he was glad that the organisers did the right thing while also thanking those who learnt their voices to the issue.

The 2023 Soundcity award is scheduled to hold on February 11 at Eko Convention Centre in Lagos.

Chidi Mokeme Explains How Bell’s Palsy Stopped Him From Acting

Portable Calls Out Director, TG Omori After Asking Him To…