Genoveva Umeh, ‘Far From Home’ Actress Urges Fans Not To See Her As A Role Model

Genoveva Umeh is a budding Nigerian actress who appeared in the 2022 Netflix series, Far From Home.

In a recent conversation with Midweek Entertainment, Umeh who played the role of Timeyin in the movie, Blood Sisters admonished fans to desist from looking up to her as a role model.

She stated that she doesn’t want people to attach themselves to what she did or the decision she made.

Speaking during the interview session, the budding movie actress said, “I think my only challenge is I still want to be myself, I still want to do great work and I don’t want to get caught up in the fame. Those are the things I want to focus on. 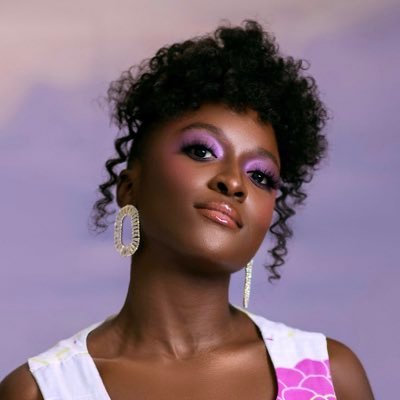 She went forward to say,

“But I don’t want people to attach themselves to everything I do or hold me accountable for certain decisions that I make. I want to live free, I want to be myself and I still want to do great work without the pressure of people’s expectations.”

Genoveva Umeh revealed in the latter part of the interview that she chose acting as a career path because she was passionate about the profession, adding that she bagged a law degree as a backup plan.

“My career has only just started and I’m grateful for how versatile the roles that I’ve played are and on huge platforms as well. Any role that allows me to transform, I would obviously do well. I love to challenge myself. I don’t like to take on the same role twice. Every character is kind of different.

“For my law degree, I wanted it for backup because at the end of the day, I’m a first-generation immigrant and I understand how hard my parents worked to get me to the United Kingdom. I didn’t want to let them down because that would be too selfish.”