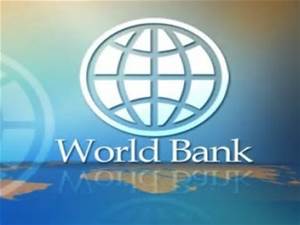 World Bank has described that Nigeria and other developing countries are currently facing debt crisis, adding that the situation has increased.

According to the World Bank, its new International Debt Report revealed a rising debt-related risk for all developing economies — low- as well as middle-income economies.

Speaking to this, Malpass noted;

The debt crisis facing developing countries has intensified. A comprehensive approach is needed to reduce debt, increase transparency, and facilitate swifter restructuring—so countries can focus on spending that supports growth and reduces poverty.

Without it, many countries and their governments face a fiscal crisis and political instability, with millions of people falling into poverty.

The Washington-based bank stated that the poorest countries eligible to borrow from its International Development Association now spent over a tenth of their export revenues to service their long-term public and publicly guaranteed external debt.

It said at the end of 2021, the external debt of these economies totalled $9tn, more than double the amount a decade ago with the total external debt of IDA countries nearly tripling to $1tn.

Rising interest rates and slowing global growth risk tipping a large number of countries into debt crises. About 60 per cent of the poorest countries are already at high risk of debt distress or already in distress.

At the end of 2021, IDA-eligible countries’ debt-service payments on long-term public and publicly guaranteed external debt totaled $46.2bn — equivalent to 10.3 per cent of their exports of goods and services and 1.8 per cent of their gross national income, according to the report.

Similarly, the World Bank Public Finance Review report has warned the Federal Government against disregarding Section 38 of the CBN Act, which limits borrowings to 5 per cent of the previous year’s revenue.

The warning is coming on the heels of the Central Bank of Nigeria’s loans to the Federal Government which have exceeded N22tn. The loans come in the form of ways and means.

According to the Debt Management Office, these advances have pushed the Federal Government’s borrowing from the CBN from N17.46tn in December 2021 to N23.77tn in October 2022.

The government borrowing from the CBN is now contrary to Section 38 of the CBN Act, 2007, having exceeded the legal ceiling placed on such borrowing.

The Act read in part:

The total amount of such advances outstanding shall not at any time exceed five per cent of the previous year’s actual revenue of the Federal Government.

According to the World Bank, borrowings through ways and means were more expensive than other domestic sources of financing and had shorter grace periods.

Part of the report read:

Ways and Means financing from the CBN is amplifying the fiscal costs associated with interest payments, as CBN borrowing is more expensive than other domestic sources of financing and has shorter grace periods.

In its recommendation, the Washington-based bank noted that regulations to prioritise treasury bills to finance fiscal shortfalls over CBN financing should be implemented.

Despite Threat From IPOB, 2023 Election Will Hold In South-East- Ohanaeze Ndigbo