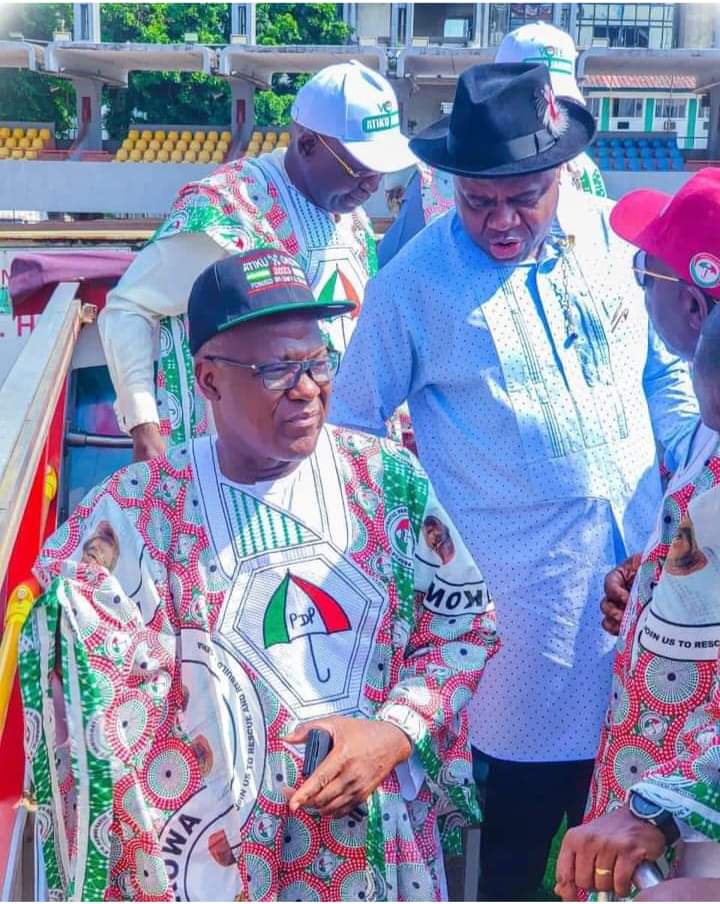 Speaker of the House of Representatives, Yakubu Dogara has dumped the ruling All Progressives Congress (APC) for the opposition Peoples Democratic Party (PDP).

Dogara was received into the party during the presidential campaign by the party’s presidential candidate and former Vice President, Atiku Abubakar in the nation’s commercial capital, Lagos State.

This comes 48 hours after a group led by Dogara, the Northern Leaders Consultative Forum adopted Atiku as the preferred presidential candidate for the 2023 election.

On December 2, the group consisting of Christian and Muslim religious and political leaders in the north said after evaluation of all the presidential candidates that Atiku is “the best”.

It is evident that the All Progressives Congress (APC) is heading for implosion and extinction; hence, it cannot be the party for now and in the future, because of its rejection to embrace inclusiveness in a diverse country like Nigeria. After the 2023 elections, APC may be dead and buried as a political party,

While the duo (NNPP and LP) may emerge as strong contenders in the political arena in the future, from all indications, PDP appears to be the best option to adopt and support.

All it takes is to sustain and tackle some of the problems and challenges this country faces.

Certainly, with proper consultations and inclusive appointments, which is mindful of the federal character principle with a sincere consideration of diverse issues such as religious affiliation, geographical location, and ethnic identity, which many believe will enhance justice, fairness and equity, after a careful evaluation of all the issues highlighted above, we now recommend the adoption of the PDP to all lovers of democracy in Nigeria for the 2023 presidential election.

But the endorsement did not go down well with Rivers State Governor, Nyesom Wike, who also contested the May 28 PDP presidential primary election against Atiku but lost to the ex-Vice President.

Wike criticised the ex-Speaker for backing Atiku Abubakar’s presidential bid, claiming that Dogara had insisted on Nigeria’s presidential seat returning to southern Nigeria as against his most recent support for Atiku from the northern region.

The governor asked on Monday.

What I don’t like in life is people that don’t have character. I can’t stand it. At the appropriate time, I would challenge them to a debate. Ask Dogara: what made you leave PDP?

Dogara was to see me; unknown to me, he gave me an excuse and I was watching Dogara on TV being received by President Muhammadu Buhari that he has gone to APC. I say ‘Okay, no problem’. The same Dogara said the presidency should be zoned to southern Nigeria for there to be peace. Now, I hear about the same Dogara (backing Atiku from the north). Is that how you do things? Can’t you say something and stand by it?

Wike’s comment was the latest in the crisis rocking the main opposition PDP since the party’s presidential primary earlier in May.