World Cup: Richarlison’s Stunner, Ronaldo’s Historic Goal And Other Talking Points In First Round Of Play In Qatar

The first round of play in the group stages of the 2022 FIFA World Cup tournament ongoing in Qatar came to a conclusion on Thursday with Brazil’s 2-0 win against Serbia in Group G.

The second round of play would commence on Friday, November 25 between the host Qatar and current African champions, Senegal. Both teams would be looking to redeem themselves after they lost two goals to nil against Ecuador and the Netherlands respectively.

Only five days into the tournament and the competition has already lived up to it’s expectation. Each game day has produced talking points and historic moments.

Here is a recap of the results from match day one of the ongoing FIFA World Cup tournament in Qatar.

Two goals from Enner Valencia helped the South Americans, Ecuador defeat the host Qatar in the opening day of the competition.

The other group game saw the Netherlands defeat Senegal with the above score line.

England proved to be too much for their Asian opponent, Iran in the first Group B game. Goals from Bukayo Saka, Jude Bellingham, Raheem Sterling, Marcus Rashford and Jack Grealish saw the Three Lions defeat Iran 6-2.

Wales drew 1-1 against the United States of America. 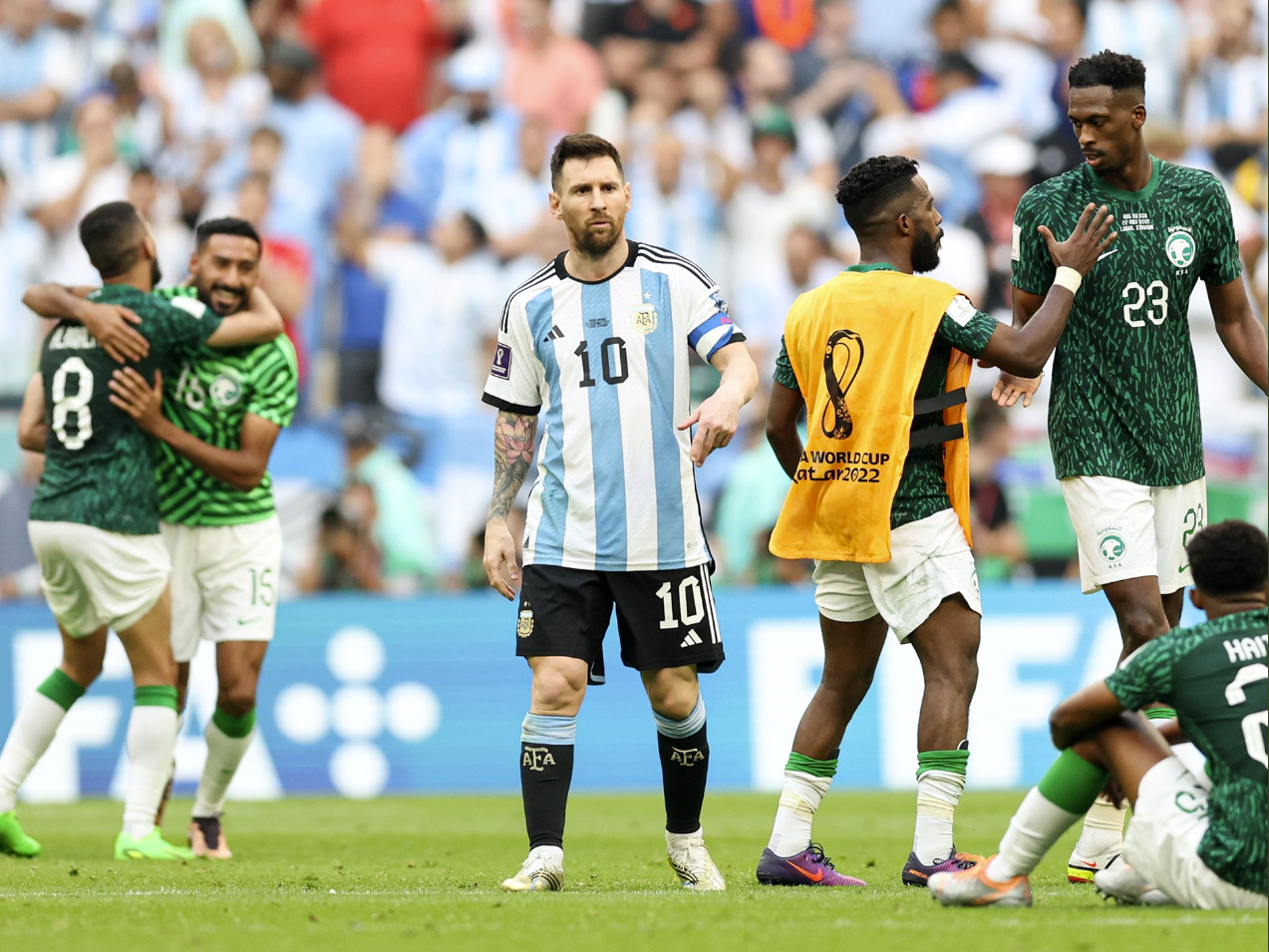 Messi and Argentina would be looking to recover from their opening day defeat to Saudi Arabia.

Meanwhile, Poland and Mexico recorded a goalless draw in the other group game.

The French National Team, Les Blues were too much for the Aussies of Australia. Despite taking an early lead, Australia suffered a 4-1 thrashing against the defending champions.

Denmark and Tunisia’s game ended in a stalemate.

Japan came back from a goal down to defeat 2014 World Cup champions 2-1. Meanwhile, the 2010 winners, Spain annihilated Costa Rica 7-0.

Germany and their European counterpart, Spain will face-off in a mouthwatering clash on Sunday.

Despite a 1-0 win against Canada, the Red Devils of Belgium are yet to come alive in the competition.

In other Group F game, the 2018 FIFA World Cup runner-up Croatia and Morocco finished their drab clash in a stalemate.

Switzerland defeated Cameroon by one goal to nil.

Cristiano Ronaldo opened the scoring in the 5-goal thriller against the Black Stars of Ghana. The 37-year-old Portuguese forward became the first player to score in five different World Cup tournaments.

Also, Ronaldo became the youngest and oldest Portuguese player to score in a World Cup competition. He was 21 when he bagged his first tournament goal in 2006; he was 37 when he scored from the spot kick in the 3-2 contest against Ghana.

In other Group H game, South Korea and Uruguay settled for a goalless draw.

$10Billion Will Be Set Aside To Create Employment For Youths, Women If Elected — Atiku