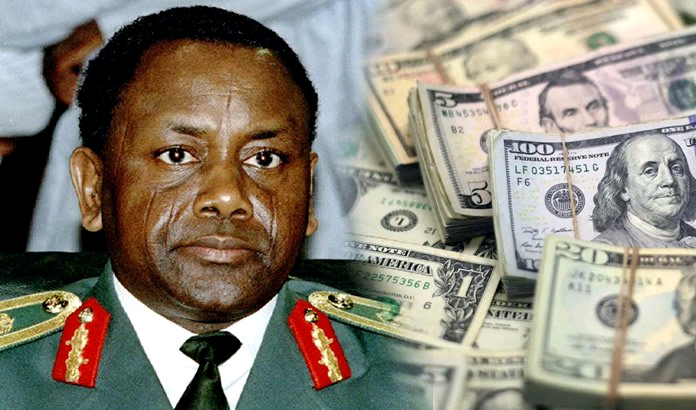 According to the United States Department of Justice, it has given more than $20.6 million to the Federal Government in compliance with a deal reached on August 23 between the two nations to return assets that the late dictator General Sani Abacha and his accomplices had stolen.

The sum forfeited and returned by the US in this case now totals about $332.4 million, according to a statement posted on the DoJ website on Thursday.

The agency returned about $311.7 million in confiscated property that was found in the Bailiwick of Jersey in 2020.

Also, the additional $20.6 million was subject to the US judgment’s enforcement by the United Kingdom last year.

In 2014, a judgment was entered in the District of Columbia ordering the forfeiture of approximately $500m located in accounts around the world, as the result of a civil forfeiture complaint for more than $625m traceable to money laundering involving the proceeds of Abacha’s corruption.

The forfeited assets represent corrupt monies laundered during and after the military regime of Abacha, who became Head of State through a military coup on November 17, 1993, and held that position until his death on June 8, 1998.

The complaint filed in the case alleged that Abacha, his son Mohammed, their associate, Abubakar Bagudu, now Kebbi State Governor, and others, embezzled, misappropriated, and extorted billions of dollars from the government coffers and others, and then laundered their criminal proceeds through US financial institutions and transactions.

The United Kingdom’s cooperation in the investigation, restraint, and enforcement of the US judgment, along with the valuable contributions of Nigeria and other law enforcement partners around the world, including the United Kingdom’s National Crime Agency, as well as those of the Justice Department’s Office of International Affairs, have been instrumental to the recovery of these funds.

Under the agreement signed in August, the US agreed to transfer 100 per cent of the net forfeited assets to Nigeria to support three critical infrastructure projects in Nigeria that were previously authorised by Nigerian President, Major General Muhammadu Buhari (retd.) and the Nigerian legislature.

The $20,637,622.27 marks a slight reduction from the $23m announced in August due primarily to exchange rate fluctuations between British pounds sterling and US dollars. The funds governed by this agreement will help finance the Second Niger Bridge, the Lagos-Ibadan Expressway, and the Abuja-Kano road – investments that will benefit the citizens.

The department appreciated the extensive assistance provided by the governments of the United Kingdom, Nigeria, Jersey, and France in this investigation.

It added that the case was brought under the Kleptocracy Asset Recovery Initiative by a team of dedicated prosecutors in the Criminal Division’s Money Laundering and Asset Recovery Section working in partnership with the Federal Bureau of Investigation.

Bodies Discovered In Vehicles, Homes As US winter Storm…