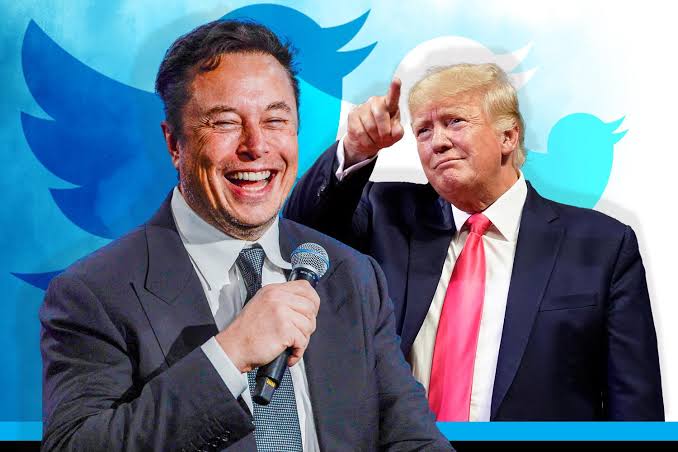 Twitter, on Saturday announced that he was reinstating former US President Donald Trump to the social media platform, nearly two years after the company suspended him, citing his role in the Jan. 6 riot at the U.S. Capitol.

The platform’s CEO, Elon Musk announced the decision Saturday evening after allowing his Twitter followers and others to vote on whether to reinstate the former president, with nearly 52% of those weighing in favoring Trump’s return. The twitter poll logged more than 15 million votes.

“The people have spoken,” Musk tweeted Saturday evening. “Trump will be reinstated.”

Previous tweets from Trump’s account were viewable after its reinstatement, with the most recent from Jan. 8, 2021, when he posted that he would not be attending Joe Biden’s inauguration.

Musk’s decision is easily his most anticipated one since he took control of Twitter on Oct. 27. It comes four days after Trump announced he would run for president in 2024.

The move signals a new direction for Twitter, which in recent years has pivoted from an embrace of all-out free speech to take more aggressive action on abuse, harassment, misinformation and calls for violence.

Musk has said he will loosen Twitter’s rules, although he tweeted shortly after the takeover that the platform “obviously cannot become a free-for-all hellscape. …”

Twitter was central to Trump’s political rise, allowing him to broadcast his thoughts, provocations and insults to millions of fans and critics without the filter of the traditional media or anyone else. Around 2011, he began using Twitter to falsely claim that then-President Barack Obama hadn’t been born in the U.S., and later, he used Twitter as president to fire Cabinet officials and threaten North Korea.

He also tweeted or retweeted out a variety of false and misleading statements from Antifa conspiracy theories to false Covid treatments. At other times, he used his account to attack his critics, the media, Democrats and Republicans who were not sufficiently loyal.

Trump had 88.8 million Twitter followers when the company banned him.

Former President Trump on Saturday said he had no interest in returning to Twitter, Reuters reported.

“I don’t see any reason for it,” he said in a video, as he welcomed Musk’s poll.

He said adding that he would stick to his own social media platform.

He did put up a poll and it was very overwhelming… but I have something called… Truth Social.