Phyna emerged as the winner of the 2022 Big Brother Naija Level Up competition in October.

She has been awarded the role of a youth ambassador by the Edo state governor. Her jurisdiction is to work with the state government to fight against human trafficking and drug abuse.

Along with her new role, she also got a new name from the Esama of Benin.

The monarch described her as, ‘Olokunameh’, which means ‘The goddess of wealth.’

Phyna shared the good news via her official Instagram page on Wednesday.

“Through the commissioner of youths and sports, the governor of Edo state announced me as the incoming Mid East (Edo/delta) youth ambassador. Gloryyyy.”, she wrote. 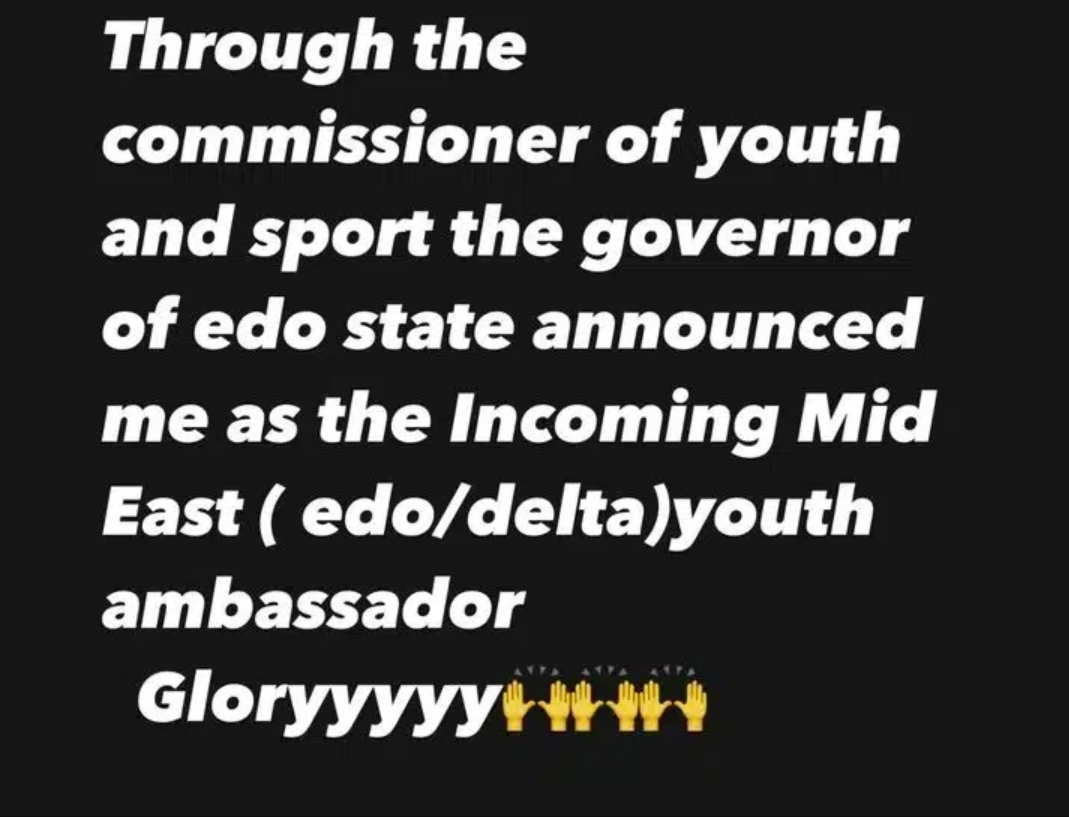 As youth ambassador, she plans to use her foundation to fight against human trafficking, drug abuse and embark on investments in Agriculture and fabrication, in partnership with the state government, according to the Nigerian Observer.

Speaking on behalf of of the Governor, Mr. Godwin Nogheghase Obaseki, the Commissioner for Youth and Gender Issues, Hon. Andrew Adaze Emwanta Esq. JP, said the state government is excited to work with Phyna to achieve vision 2050.

“As a government, we do not take issues of Youth development for granted and as you can see the governor has appointed a young person to this Ministry, not just a department of Youth but we also have gender.

We are happy with what you want to do in the area of human trafficking, drug abuse, agriculture and fabrication.

It is not everybody who wins the star prize that will have this kind of idea. Be rest assured that Edo State will be ready to support you.”