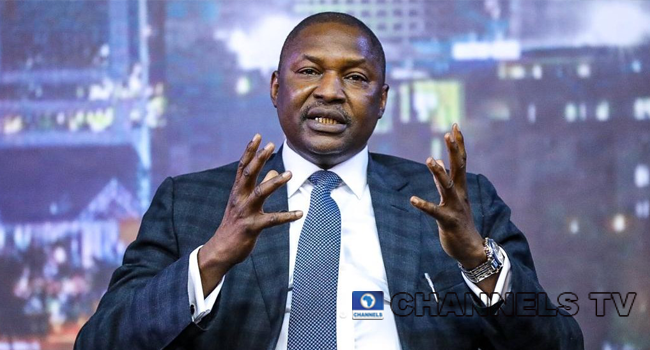 Federal Government has announced that it has made a recovery of one billion dollars ($1,000,000,000) since the inception of the President Muhammadu Buhari administration till date, according to Malami.

The Attorney General of the Federation and Minister of Justice, Abubakar Malami, disclosed this on Wednesday after the Federal executive council (FEC) meeting presided over by President Buhari at the State House.

Read Also: NDDC Gets Nominees For Substantive Chairman, 14 Other Board Members

The AGF noted that the recovered assets, deployed to various sectors of the economy particularly to address poverty alleviation, has made huge impact on poverty levels and the nations economy.

Against this backdrop, he declared that the Council has given approval of an Anti-corruption Strategy Document to strengthen anti-graft fight in the country.

In the same vein, the Attorney General expressed the Federal government’s worry over recurrent cases of budget padding, asserting that necessary measure would be explored to tackle it.

The government has succeeded in recovering around $1 billion from its inception to date.

Whichever way one looks at it, budget padding is bad, because if you budget N5 billion for road and N3 billion of that fund is diverted, it means government has lost that money and it will take a longer period to complete the project.

The government is concerned and will do what is necessary to address the issue.

Siblings Laud Mum After She Stabbed Pedophile Who Abused Them