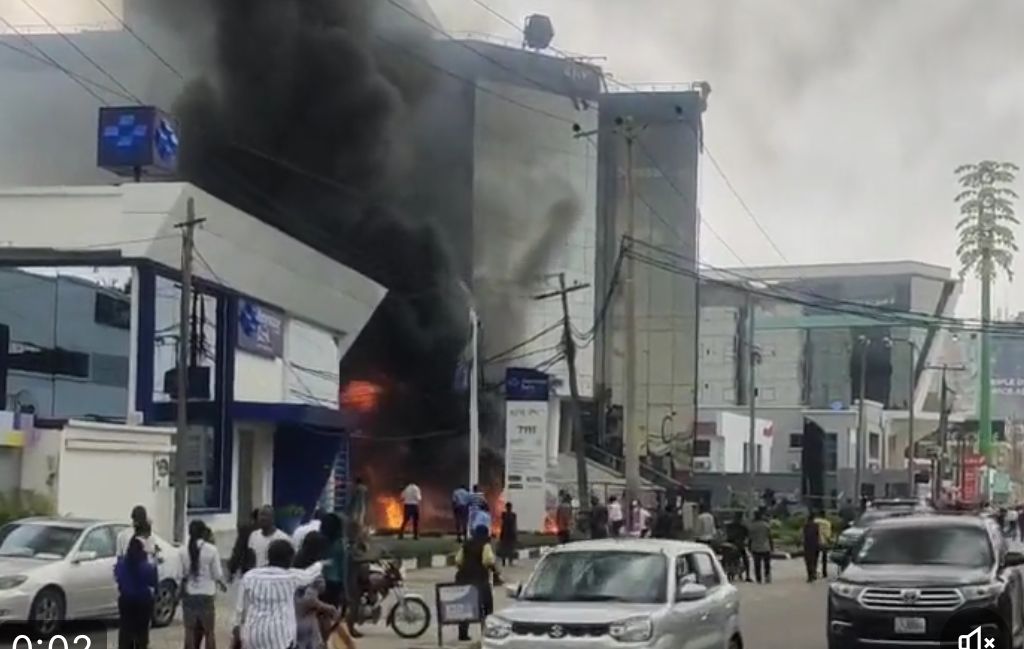 Nine persons were injured when fire gutted a bank building under construction on Adeola Odeku Street in the Victoria Island of Lagos State.

The Lagos State Emergency Management Agency (LASEMA) said the nine persons, all male adults, suffered burns and injuries and were taken to an undisclosed hospital.

Investigation gathered at the scene revealed the fire emanated from the generator house.

The fire was said to have been caused by a generator explosion which occurred in the early hours of Tuesday.

A car belonging to Rapid Response Squad (RRS) was also brunt outside the building.

First responders including officials of LASEMA, Lagos Fire Service and Rescue, amongst others prevented the fire from spreading.