American recording artiste, Kanye West wants the former President of the United States of America, Donald Trump to serve as his running mate.

West was a US presidential candidate in 2020 but went on to concede his run after winning 50,000 votes. At the time of his withdrawal, he announced plans to run again in 2024, which he confirmed this week while enlisting alt-right voice Milo Yiannopoulos to assist with his campaign.

Donald Trump, who returned to Twitter last week after being removed from the platform following the January 6 US Capitol riots in 2021, is also running for President in 2024.

ALSO READ: Kanye West Discloses Intention To Run For US Presidency In 2024 (VIDEO) 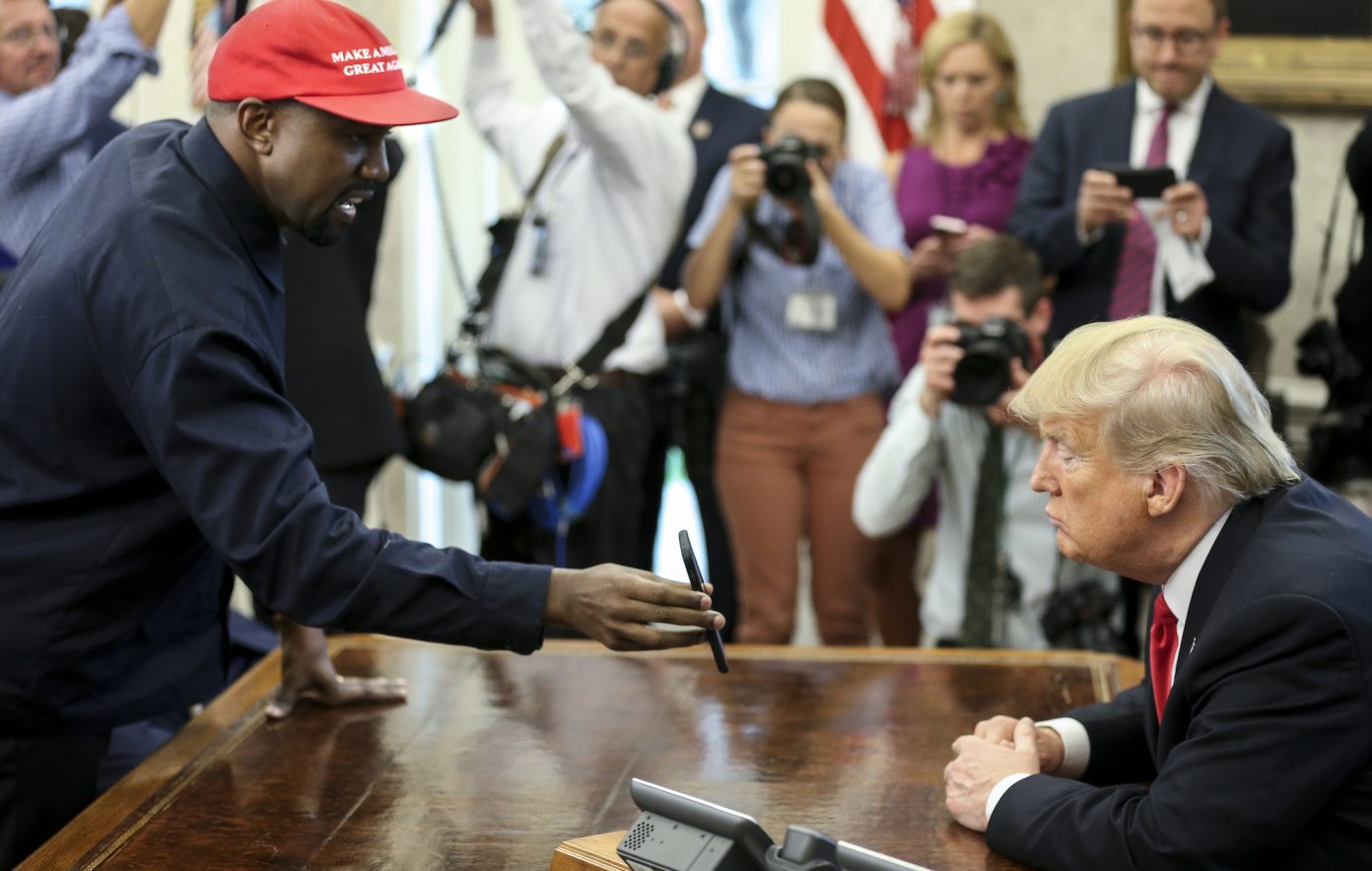 Trump, who served one term as the 45th president of the United States between 2017 and 2021, submitted the filing for his second presidential run to the Federal Election Commission last week, minutes before announcing his candidacy at the Mar-a-Lago hotel in Florida.

According to Kanye, who was posting on his newly-reinstated Twitter account this morning (November 23), he visited Trump at Mar-a-Lago and asked him to be his running mate.

The tweet read: “First time at Mar-a-Lago,” Kanye tweeted. “Rain and traffic. Can’t believe I kept President Trump waiting. And I had on jeans. Yikes.”

Going on to post a poll for fans, Kanye added: “What you guys think his response was when I asked him to be my running mate in 2024?”

And I had on jeans Yikes

What you guys think his response was when I asked him to be my running mate in 2024?

Siblings Laud Mum After She Stabbed Pedophile Who Abused Them

Julia Fox Says She Only Dated Kanye West To Distract Him…

Kanye West Discloses Intention To Run For US Presidency In…