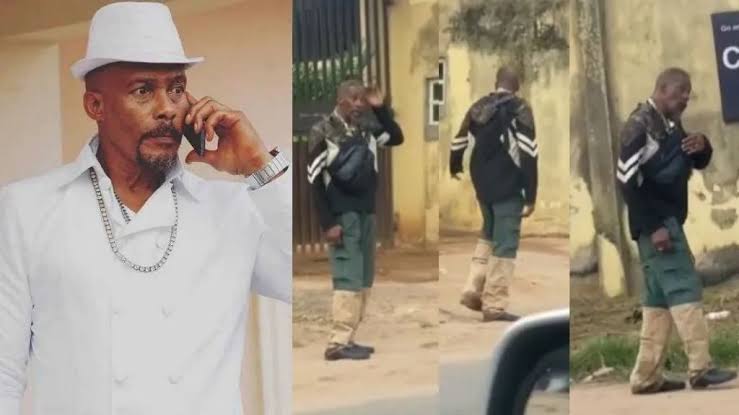 Hank Anuku, a Nollywood actor, has disproved online rumors about his mental health.

On Monday, videos of Anuku, walking the streets in torn clothing went viral, igniting speculation that he was mentally ill.

Another actress, Adanma Luke, insisted that the actor was struggling with his mental health, despite the actor’s coworker Shan George’s denial of the allegations in a video uploaded on her Instagram page.

Luke urged the Nollywood community to end the “cover up” and seek aid for the actor in an Instagram post published on Monday.

However, in a a video shared via his Instagram stories on Friday, Anuku slammed those peddling the false news regarding his mental health.

According to him, the said video which sparked the rumours were taken while he was on a movie set.

Tell those motherf***ers who wrote crap about me to stop writing crap about me, and leave me alone. If they want to act a movie or if they need help, then they can come to me.

I’ve been on set and anyone writing, using those pictures of me on set to try and destroy my image, may the Holy Spirit forgive you.