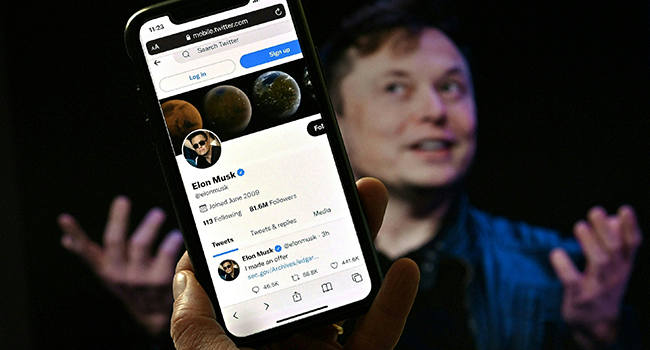 Elon Musk has told staff at Twitter to embrace a “hardcore” work ethic and commit to “long hours at high intensity” or leave the company with three months worth of severance pay.

The Tesla CEO issued the ultimatum to employees in an email on Wednesday morning, 16 November.

Read Also: World Cup: Seven Footballers Of Nigerian Descent Who Will Feature For Another Nation In Qatar

He emailed the ultimatum to his remaining staff, demanding a commitment to “be extremely hardcore” and display “exceptional performance”, or hand in their resignation. The subject line was, “A Fork in the Road”.

Musk wrote in an email seen by The Guardian and the Washington Post;

Going forward, to build a breakthrough Twitter 2.0 and succeed in an increasingly competitive world, we will need to be extremely hardcore. This will mean working long hours at high intensity. Only exceptional performance will constitute a passing grade.

Anyone who doesn’t respond by the deadline will receive three months severance pay, said Musk.

Musk on Tuesday tweeted that he’d relaunch the $8 per month Blue Verified service on 29 November to “make sure it is rock solid”. Twitter Blue was paused after numerous brands and high-profile individuals were impersonated via it.

He also welcomed back two employees he’d fired after taking the helm on October 27.

Important to admit when I’m wrong & firing them was truly one of my biggest mistakes.