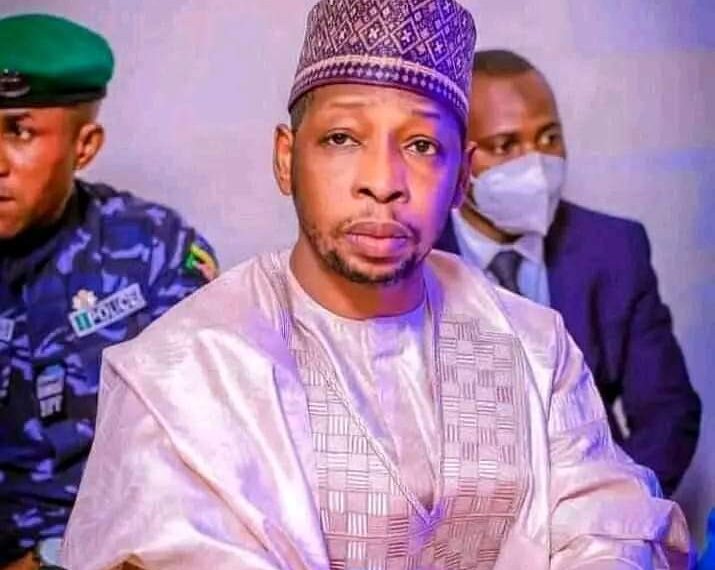 Senatorial candidate of the All Progressives Congress (APC) for Kano Central District, Abdulsalam Abdulkarim, commonly referred to as A. A Zaura has lost a bid at the Supreme Court to stop his corruption at the Federal High Court in Kano.

The Supreme Court on Thursday struck out Mr Abdulkarim’s applications and ordered the politician to appear before the Federal High Court in Kano to face the charges against him by the Economic and Financial Crimes Commission (EFCC).

The EFCC filed a five-count charge on Mr Abdulkarim at the Federal High Court in Kano for allegedly defrauding a Kuwaiti.

On 9 June 2020, a trial judge of the Federal High Court in Kano, Lewis Allagoa, dismissed the charges against Mr Abdulkarim. Dissatisfied with the ruling, the EFCC proceeded to the appellate court in Kano.

The court in a unanimous decision by a three-man panel, delivered by Abdullahi Bayero, set aside the judgment of the Federal High Court and ordered that the defendant be tried afresh by a different judge.

The case was subsequently assigned to Justice Mohammed Yunusa for retrial. Instead of appearing for arraignment, Mr Abdulkarim headed to the Supreme Court with two applications, one seeking an interim injunction and the other for an interlocutory injunction to restrain the Federal High Court Kano from taking any step in the case pending the hearing of his appeal at the Supreme Court.

On Thursday, the five-man panel of justices led by Inyang Okoro ruled that the Supreme Court has no power under the law to stay proceedings in a criminal matter. The court struck out both applications.

With this, Mr Abdulkarim will appear in person on 5 December for the continuation of the alleged corruption trial as earlier ordered by the Court of Appeal in Kano.

The EFCC accused Mr Abdulkarim of defrauding Jamman Al-Azmi, a Kuwaiti, of $1.3 million under the pretext of procuring real estate for him in Dubai, Kuwait.

On 9 June 2020, Lewis Allagoa, a judge of the Federal High Court in Kano, found the defendant not guilty and discharged him on all counts.

Mr Allagoa ruled against the anti-graft agency. He held that the prosecution failed to prove its case beyond a reasonable doubt.

The judge said the failure of the EFCC to call the nominal complainant, Mr Al-Azmi, to appear before the court to give evidence over what transpired between him and the first defendant rendered all the testimonies by the prosecution witnesses null and void.

The judge maintained that the prosecution was based on speculation as the EFCC could not provide ingredients to link or establish criminal evidence against the defendant.

Mr Bayero then ordered the defendant to be tried afresh by a different judge.

The main contention of the appeal was the absence of the accused person when the judgment of the High Court was delivered. Citing several judgements of the Supreme Court, it was held that an accused person must always be present in court throughout his trial including during the announcement of the judgment.

It was in that regard that the Court of Appeal found merit in the appeal and upheld the same accordingly.

Having determined the issue in favour of the appellant, the appeal naturally succeeds. The judgment of the lower court in suit number FHCK/CR2018/ FRN against Abdulsalam Sale Abdulkarim delivered on June 9th, 2020 is hereby set aside.

Abdulkarim was the gubernatorial candidate of the Green Party of Nigeria (GPN) in the 2019 election in Kano State.

He was arraigned alongside Michael Edosa.