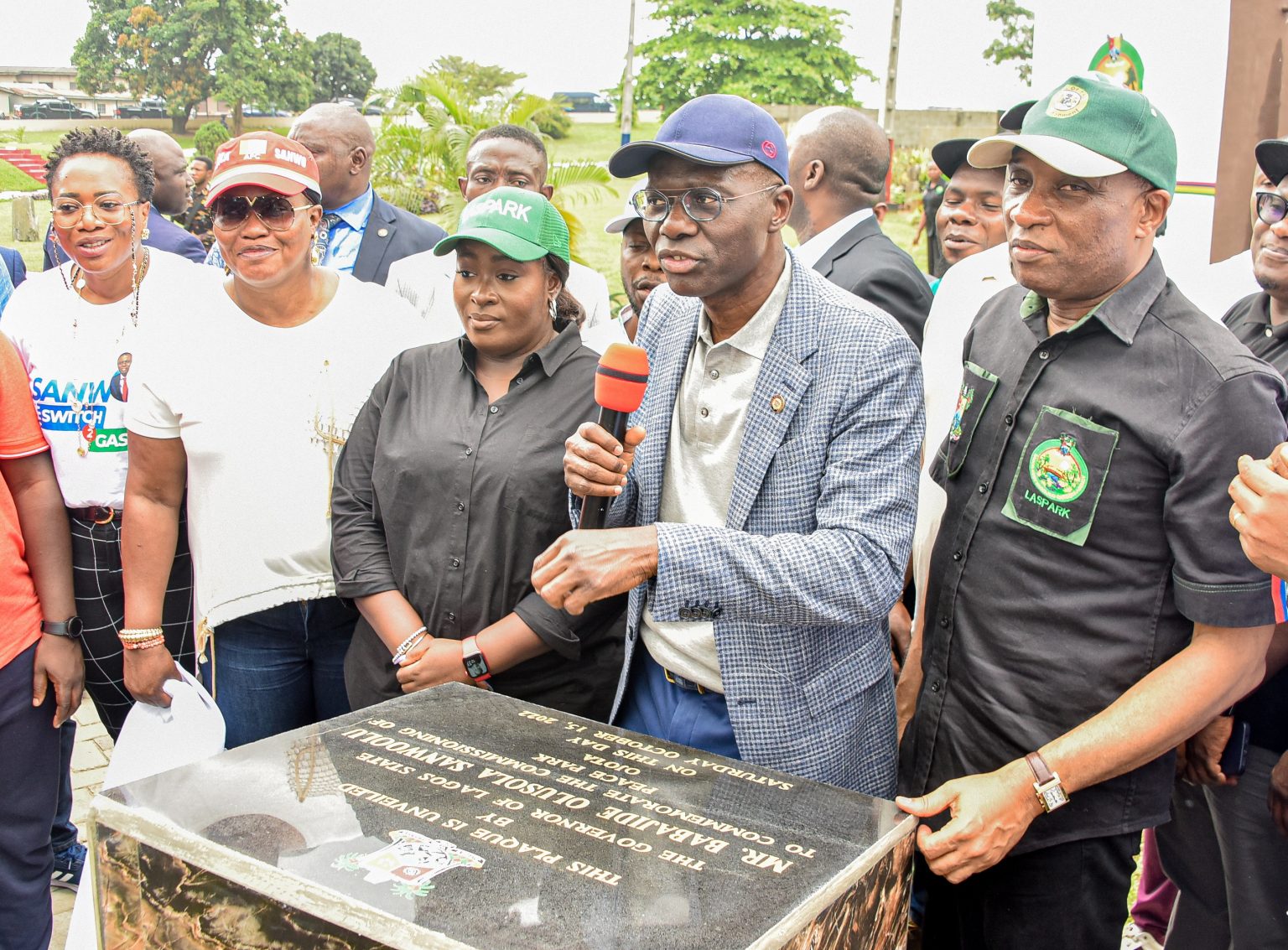 Speaking at the inauguration of the Peace Park in the Ojota area of the state, Sanwo-Olu said that the park would serve as a source of convergence, and unity and a tourist destination for residents, especially the youths.

The Peace Park is an initiative of the governor, strategically located at the intersection between Ikorodu Road and the Lagos-Ibadan Expressway.

He said that in November 2021, the state government made a commitment that it would designate a park dedicated to all who strived for the sustenance of peace and harmony in Lagos state.

According to him, the unveiling of the park is a clarion call to residents of Lagos state that they have a listening government, as the government is committed to fulfilling its promises.

This space is deliberately named Peace Park because there are several key aesthetic elements that allude to the peaceful nature of residents of Lagos state.

From the elevated garden mound with steps representing each colour of the Lagos state flag, with a ”Peace Symbol” at the top, to the Iconic Chair representing the warm hospitality of the people of Lagos.

The governor said that the park was to further promote peaceful coexistence, especially as the 2023 general elections approached.

He said that the government was committed to changing the face of Lagos state to a bigger and better state, as well as touching lives in a deliberate and consistent manner.

Everywhere you go in Lagos state, you will see that we are touching lives. There is no place in the state that we are not doing meaningful development.

Sanwo-Olu said that the facility was a significant event to identify the good programmes to be delivered to residents of the state.

The governor said that the facility was as a result of his administration’s commitment to the THEMES Agenda for a bigger and better Lagos, state, as it continued to hand over additional life-changing facilities to residents.

He said that the government had a responsibility to the residents to keep to the promises made.

You have a government that is truly committed to what you ask for and what you desire. We are handing over this facility to our youth, who will see this place as a source of convergence and a source of unity.